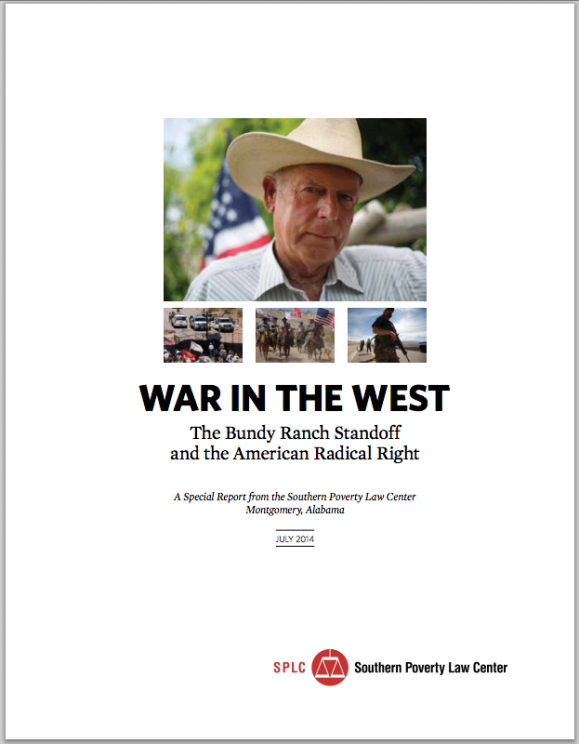 The standoff between federal agents and armed supporters of a Nevada rancher earlier this year was a highly coordinated effort by far-right militiamen that has since energized volatile extremists who are increasingly targeting law enforcement officers, according to a new SPLC report released today.

The report – War in the West – contains new details about the April standoff between the U.S. Bureau of Land Management (BLM) and militiamen sympathetic to rancher Cliven Bundy, which was seen as a victory within the antigovernment “Patriot” movement after federal agents pulled out despite Bundy owing more than $1 million in grazing fees and fines to the federal government.

“The Bundy ranch standoff wasn’t a spontaneous response to Cliven Bundy’s predicament but rather a well-organized, military-type action that reflects the potential for violence from a much larger and more dangerous movement,” said Mark Potok, senior fellow in the SPLC’s Intelligence Project. “This incident may have faded from public view, but if our government doesn’t pay attention, we will be caught off guard as much as the Bureau of Land Management was that day.”

Federal agents pulled out of the standoff and released Bundy’s cattle after militia snipers aimed rifles at them, an act that constitutes a felony.

The SPLC has found that a Montana man who leads a militia called Operation Mutual Aid scouted the locations that were used by the snipers.

Timeline: Land Use and the 'Patriots' 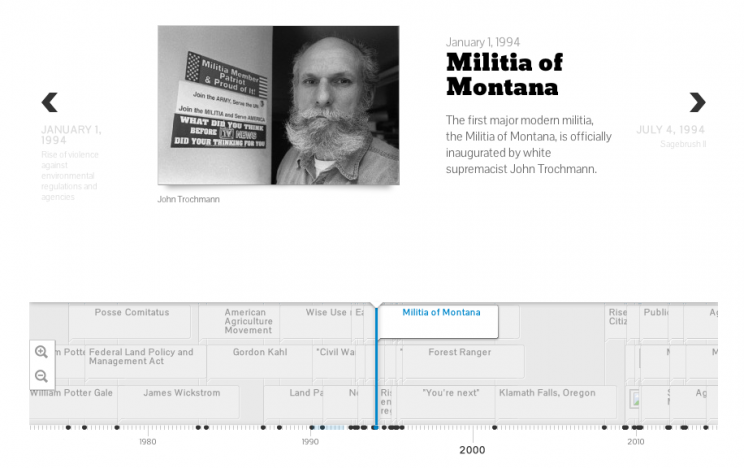 The so-called “Patriot” or militia movement, which hit the United States in two waves cresting in the 1994-2000 period and again beginning in 2009, is animated by conspiracy theories about the federal government and its alleged intentions to merge the country into a global government ruled by dictatorial, socialistic elites. Although there are many important dates and extremist crimes associated with this movement, the timeline above emphasizes Patriot resistance to the federal government, in particular over land use and related issues that came to the fore with the April 2014 Nevada standoff between federal agents and rancher Cliven Bundy, who refused to pay over $1 million in accumulated federal grazing fees.

It also explores some of the antecedents to both the Bundy standoff and the Patriot movement, in particular such themes as the “county supremacy” ideology embraced by Bundy and his many armed supporters in the militia groups. The timeline starts in the infancy of our nation, when the Whiskey Rebellion became the first dramatic confrontation between local power and the growing centralized authority of the federal government.