By Roseanne Wark and Tamara Bibby on August 5, 2021 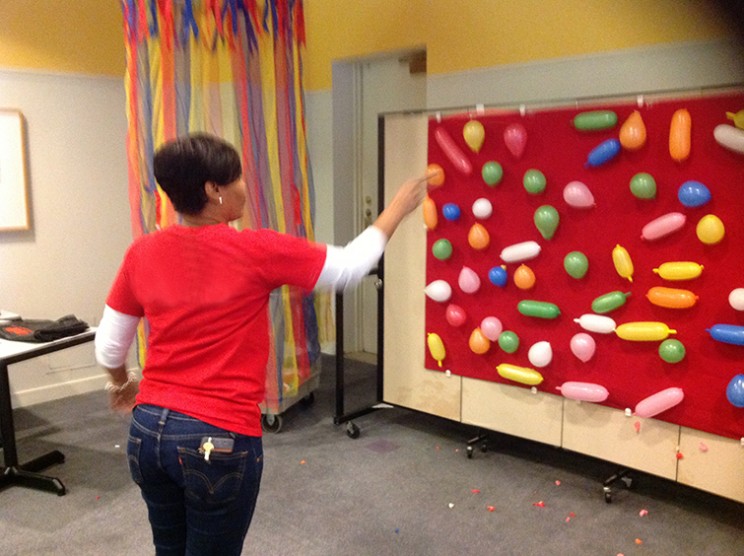 One of the first rules when it comes to holding a successful workplace giving campaign or fundraiser is to make it fun. How do you do that? Host a kick-off party, charity fair, or similar type of networking event.

More than 50% of employers surveyed in America’s Charities Snapshot Employer Research have increased the number of gatherings associated with giving campaigns. These types of events give employees the opportunity to learn more about charities they can support through the campaign, which creates a deeper connection between employees and the impact they can have on a nonprofit’s mission. These events also give employees a chance to interact with colleagues and organizational leadership, a critical part of building and demonstrating leadership’s buy-in and embedding giving into the corporate DNA.

A well-planned kick-off event generates contagious energy that propels your fundraiser forward to reach your goals. Not only will your donations soar, your employees will also be eager to participate in other fundraising events. 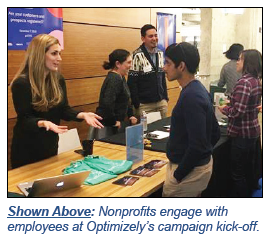 Take Optimizely, for example. This San Francisco-based tech startup, which makes software for website experimentation and personalization, had launched its OPTIGIVE employee giving campaign as a way to help its employees give back to charity. The initial effort did well with more than one-fifth of the company’s employees participating. But when the company brought back the campaign, employees responded in a huge way. Optimizely’s employee giving campaign results increased sevenfold, with more than half of its 340 employees making contributions.

A big part of Optimizely’s success was due to the “fun factor” they incorporated into their campaign. The company kicked off its campaign with a happy hour party attended by more than half of its staff. At the party, senior executives volunteered as bartenders and collected more than $500 in tips that were donated to three nonprofits who had booths at the party. You can read more about Optimizely’s success here.

How to Have a Kickin’ Kick-off Party

Ready to kick-off your workplace giving campaign or fundraiser with a kickin’ party? Contact our team to learn more about best practices and to get a customized strategic plan to guide your campaign’s success.