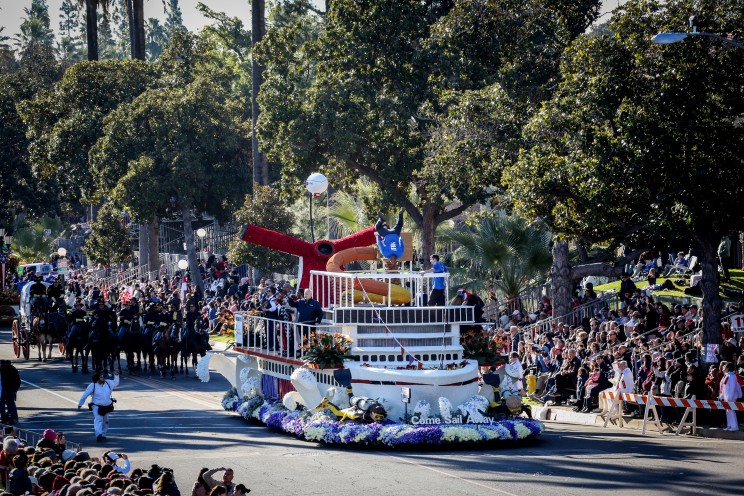 There are three key ingredients you need for success when it comes to increasing employee participation in your company’s workplace giving program – awareness, simplicity, and fun. Many companies get one or two of these ingredients right, but often overlook the third – fun! So who better to look to for an example of ‘fun’ than Carnival Cruise Line – “The World’s Most Popular Cruise Line®.”

First introduced to the world back in 1972 as “The Fun Ships,” Carnival has evolved that ethos through the years by shifting to a rallying cry of "Fun for all, all for fun!" in 2008, and today’s clear yet compelling theme of “Choose Fun.”

So it should come as no surprise that ‘fun’ was the all-encompassing theme of Carnival’s employee giving campaign, which it held the past holiday season in conjunction with the announcement of its exciting 2019 West Coast expansion plans.

As Carnival prepares for the history-making deployment of its third Vista-Class ship called Carnival Panorama to its home port in Long Beach, California, in December 2019, it decided to kick off a year-long celebration, starting with its first-ever float in the world-famous Rose Parade on New Year’s Day.

The float, which was designed by Carnival’s in-house creative team, included many of the signature features of Carnival’s ships, and as the cruise line that carries the most military personnel, the float featured a special appearance by Former Miss USA, Deshauna Barber, godmother of Carnival Panorama’s sister ship, Carnival Vista, and the first active member of the military to serve as Miss USA.

But Carnival has also chosen to use this float as an opportunity to show appreciation to its employees and give back to the community.

Partnering with America’s Charities, which inspires employees and organizations to support causes they care about, Carnival hosted a week-long employee fundraising campaign to raise money for three of its ongoing charitable partners:  St. Jude Children's Research Hospital, Kids In Distress, and Feeding South Florida. The reward (other than bringing more dollars to nonprofits drastically improving the lives of children and families, of course)? For every $10 donation, employees were entered into a raffle for a chance to win an all-expenses-paid trip to California to be on Carnival’s float in the Rose Parade. As you can imagine, many employees quickly jumped at the opportunity to turn their donations into multiple raffle entries, and the campaign generated far above-average results: more than $13,500 in just nine days.

“Our West Coast expansion plans are very exciting for Carnival and its team members, and the chance to be on our first-ever Rose Parade float was truly a once-in-a-lifetime opportunity we didn’t want to take for granted. But simply having a raffle drawing is too boring for Carnival,” said Christine de la Huerta, Director of Communications at Carnival Cruise Line. “We wanted to do some good while Choosing Fun during the holiday season, and holding this charity raffle fundraiser seemed like the perfect way to accomplish that. America’s Charities and their Quick Start giving solution made it easy. Our branded fundraising page was up in a couple of days, America’s Charities’ Donor Services team helped donors with any technical support requests, and I received daily reports on the results. The whole thing was a breeze.”

We realize that not every company has the luxury of raffling off something as big and cool as a Rose Parade float or all expenses paid trip. However, every organization has something unique to offer, and companies can follow Carnival’s “use what you have” approach. Carnival could have chosen to share its limited spots on the float with anybody; it chose to reward its employees. Carnival’s West Coast expansion plans and first-ever Rose Parade float are newsworthy events on their own merit, but Carnival chose to leverage this unique occasion to invest in the community and draw attention to the admirable work that their partner charities -- St. Jude Children's Research Hospital, Kids In Distress, and Feeding South Florida -- are doing. Every company has its own unique culture, events, and resources to draw on. The trick is to choose fun ways to leverage that and then choose to do good with it, just as Carnival did. Click here for some creative ideas any company can use to put “fun” back into workplace fundraising, along with a sample timetable to help you get started.