This blog post was originally posted on CSRwire's Talkback Series, "Human Rights: A Rainbow of Challenges" 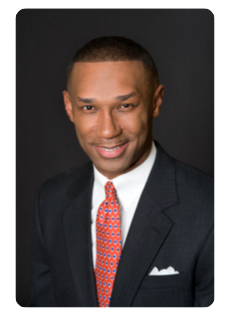 The United Nations Education, Scientific and Cultural Organization (UNESCO) states, “Education is a fundamental human right and essential for the exercise of all other human rights. It promotes individual freedom and empowerment and yields important development benefits. Yet millions of children and adults remain deprived of educational opportunities, many as a result of poverty.”[1]

Equal access to education was Thurgood Marshall’s life work.  Millions of Americans have walked through the doors that he opened, using education to lift themselves and their families out of poverty, thus securing their human rights.  As a student Marshall was rejected by the University of Maryland Law School solely due to his race.  After completing his law degree at Howard University – a Historically Black College and University (HBCU) – and passing the bar exam, Marshall’s first case opened the very University of Maryland doors that were closed to him.  Thus began Marshall’s career of fighting racism and discrimination in the American legal system, and ensuring the human right of education.  In this way, Marshall opened many doors to educational equality – including in the landmark U.S. Supreme Court CaseBrown v. the Board of Education.  In recognition of his accomplishments and intellect, Thurgood Marshall became the first African-American United States Supreme Court Justice.

Yet, while Justice Thurgood Marshall worked legally to topple educational barriers and open doors for all Americans, today’s rising college costs are closing the doors to higher education for millions of low-income and minority students.  Since 1985, college costs have risen 600%, while government-backed financial aid has declined – decreasing college affordability and thus, accessibility.  For low-income and first-generation students, these trends result in high attrition rates before the second year of college.  Nationally, 1 in 3 first-year students leave college due to lack of resources, and for first-generation students, the rate is 90%.  A student that has the financial resources to afford college is seven times more likely to graduate than one that does not – regardless of intellectual ability.[2]

In fact, these trends are everyone’s problem.

On average, a Bachelor’s degree translates to a lifetime earnings differential of almost $1 million for just one student.[3]  In addition, the Kresge Foundation reports, “the American economy will face a shortage of at least 16 million college graduates by 2025.”[4]  Taken together, the economic impact of these trends is an astounding $16 trillion.

You might point to student loans as a solution, but long-term, student loan debt can exacerbate income inequality for minority and first-generation students.  Student loan debt has doubled in the last 10 years,[5] negatively impacting homeownership, especially for Hispanics and African-Americans.  This trend results in decreased wealth creation for minority communities.  In fact, one recent report revealed that homeownership alone could reduce the racial wealth gap by one-third[6] - and avoiding student loan debt makes that possible.

When faced with the ever-increasing cost of higher education, many students simply opt-out or drop-out due to lack of family resources and history of college participation.  This is not just an issue for those students, their families or the government.  With a $16 trillion projected negative impact, college degree attainment is an issue for everyone participating in the American economy – from the entry-level employee to the small business owner to the corporate CEO.  Each one of us suffers when college students are not able to earn their degrees.

Yet, there is a simple solution: scholarships.

One scholarship can change the trajectory of a student’s life, and ensure that the door remains open for education – the path out of poverty through higher income, homeownership and wealth creation.  We see the impact of scholarships daily at the Thurgood Marshall College Fund (TMCF). While the national African-American college graduation rate is 21%,[7] TMCF scholarship recipients graduate at a rate of 97%; with 87% of first-generation scholarship recipients continuing from their freshman to sophomore years, versus the 10% national average.

A relatively small investment in just one public HBCU student has a $1 million return, and keeps the door to higher education open for that student, who will have the opportunity to graduate college, earn a higher income, potentially own a home and create family wealth to pass on to the next generation.  Even considering this ROI, the number of qualified students applying for scholarships far outweighs the current available resources.  For every scholarship that TMCF awards, eight additional students applied but did not receive a scholarship due to lack of funds.

Education is a human right – it is the key that unlocks the door to all other rights, including economic equality, for millions of minority and low-income students.  Beyond that, education is the unacknowledged engine that runs the American economy on both the individual and national level.   Fueling that engine through scholarships secures human rights, empowers individuals, and creates wealth that has long-lasting generational impact.  For everyone with a stake in the American economy – and that is all of us – we need to make sure that the doors that Thurgood Marshall opened in the past remain open today and well into the future.