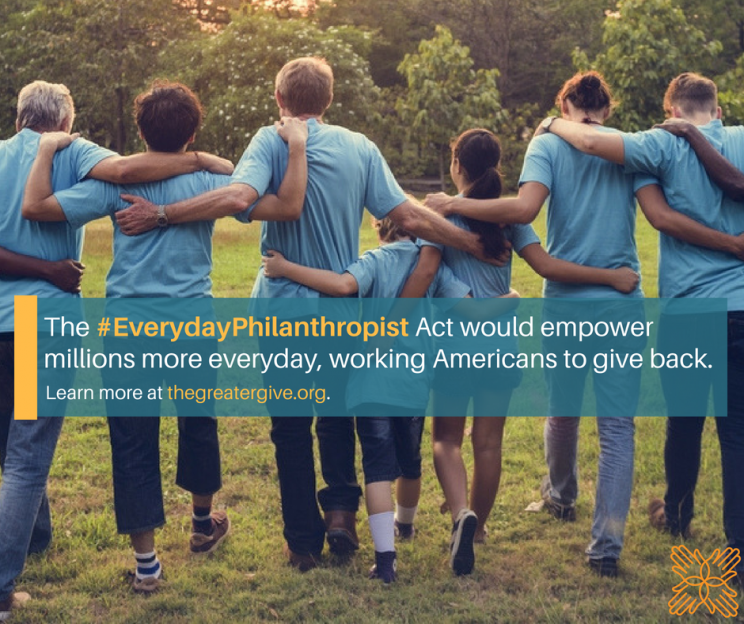 Currently, only Americans who itemize their tax returns are eligible to take their charitable donations as tax deductions. Those who take the standard deduction -- nearly two-thirds of all Americans -- are generally ineligible. The Everyday Philanthropist™ Act [H.R. 4002] would create a new federal program called Flexible Giving Accounts (FGA), a pre-tax payroll deduction for employee giving, thereby providing a tax break to any American who donates to charity. As national proponents of charitable giving and employee workplace giving, America's Charities joins the Greater Give and other advocates in publicly supporting this bipartisan legislation.

Why the Everyday Philanthropist Act Matters

When it comes to charitable giving incentives, our current tax code exclusively benefits the wealthy: about 70 percent of Americans do not itemize their taxes, and thus cannot receive tax benefits for their altruism. Yet we know Americans at all income levels are incredibly generous and want to invest in their communities. And, we know workplace giving is the most efficient and effective ways of doing so.

On July 25, 2019, the Everyday Philanthropist Act (H.R. 4002) was introduced in the House of Representatives by Congressmen Vern Buchanan (R-FL) and Tom Suozzi (D-NY). The Act seeks to "empower everyday, working Americans to give to charity."

Under the Everyday Philanthropist Act, the number of Americans who would benefit could rise to 95 percent, meaning that the majority of everyday, working Americans would be afforded the same benefits for giving.

"[The current tax code] establishes an unfair correlation between wealth and one’s ability and desire to give back, when in fact all Americans want to have an impact on their communities. The Everyday Philanthropist Act is a win for taxpayers, employers, charities, and Congress." -- The Greater Give

The Everyday Philanthropist Act would enable:

Eligible employees would set up an FGA through their employer, set aside part of their paycheck pre-tax to donate to a charity of their choice, and immediately see their taxable income reduced. It's really that simple.

Join us as a champion of the Everyday Philanthropist Act: 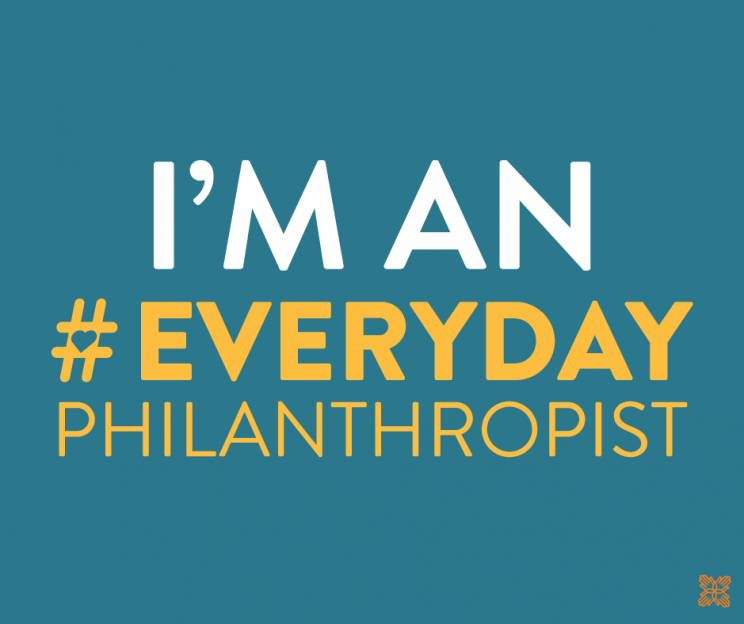