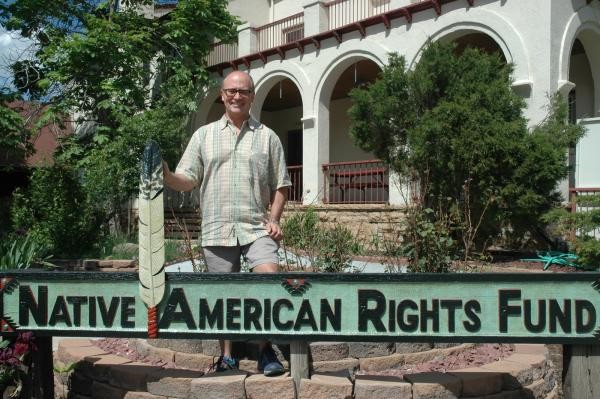 Most Americans can turn to the courts for remedies to injustice. However, the mainstream justice system may not provide comfortable solutions, and sometimes isn’t even available, for Native people, said Brett Lee Shelton, an Oglala Lakota attorney with the Native American Rights Fund, a nonprofit law firm that has defended the rights of Indians and tribes for 45 years.

Shelton gives examples from his three specialties at NARF—boarding school healing, sacred sites protection and peacemaking-based justice systems. He notes that some boarding school survivors have won court cases for horrific abuses suffered, but others have been stonewalled. After Natives sued the Catholic Church in South Dakota, the state legislature stepped in and, in 2010, passed a law that allowed the courts to toss out most of the lawsuits. In the matter of sacred sites, safeguarding them through litigation is costly, he says, and may involve making the sites public and thereby attracting visitors who inflict additional damage.

At NARF, Shelton is working with indigenous approaches to these issues that promote healing and sustain traditional lifeways while they resolve controversy. ICTMN talked to him about his challenging portfolio: