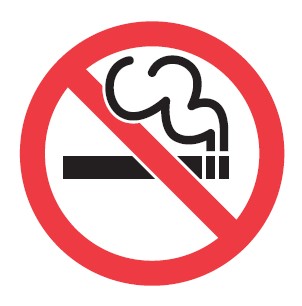 WASHINGTON, DC – Today, it is inconceivable to Americans that smoking would be allowed on airline flights. In fact, smoking and noxious clouds of secondhand smoke were widespread on airlines in the United States just 25 years ago. That all changed on February 25, 1990, when, after a tough Congressional battle, the U.S. implemented a landmark law making domestic flights smoke-free (the law was extended to international flights to and from the U.S. in 2000).

The ban on smoking on airlines not only made flying healthier; it was the catalyst for one of the greatest public health transformations in history. Today, 24 states, Washington, DC, and hundreds of cities have smoke-free laws that apply to all workplaces and public places, including restaurants and bars. More than 1,500 colleges and universities have smoke-free campuses (more than 1,000 are completely tobacco-free). Worldwide, 43 countries have comprehensive smoke-free laws.

As we celebrate 25 years of smoke-free skies and the accelerating movement for smoke-free air sparked by the 1990 law, our challenge today is to finish the job and make all workplaces and public places smoke-free. Secondhand smoke is a proven cause of lung cancer, heart disease and other serious illnesses and is responsible for tens of thousands of deaths in the U.S. each year. No employee or customer should be exposed to these serious health risks, whether on airplanes or in offices, restaurants, bars, casinos and other workplaces. It’s time for every state and community to enact a comprehensive smoke-free law and protect everyone’s right to breathe clean air.

The Campaign for Tobacco-Free Kids applauds all who made the 1990 law possible, including its brave legislative champions, then-U.S. Rep. and now Sen. Richard Durbin (D-IL) and the late U.S. Sen. Frank Lautenberg (D-NJ); the many public health organizations that marshaled support; and the flight attendants who tenaciously fought for their right to breathe smoke-free air. They won a hard-fought victory over a tobacco industry that did everything it could to defeat the law. We owe a debt of gratitude to them every time we enjoy a smoke-free flight or the many other venues that have since become smoke-free.

The victory for smoke-free flights set a pattern that has...