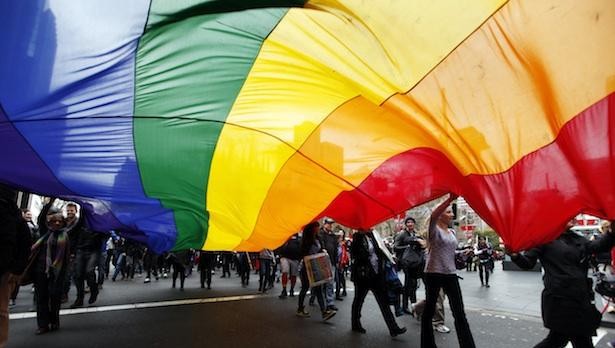 The Office of the UN High Commissioner for Human Rights (OHCHR) issued a new report titled “Discrimination and violence against individuals based on their sexual orientation and gender identity.”

This report comes in the wake of recent United Nations initiatives to advance LGBT human rights, such as the UN Free & Equal campaign and the ‘Being LGBT in Asia’ initiative. In the last few years, top leaders of the UN, including Secretary-General Ban Ki-moon, have been ardent advocates of the need to protect and promote the rights of LGBT people. The new UN High Commissioner for Human Rights, and the first from an Arab country, Zeid Ra'ad Al Hussein, has also been a supporter of equality, saying that there can be no justification for discriminating against people on the basis of their sexual orientation.

The first time that a UN political body affirmed the equal human rights of LGBT people was in June 2011, when the UN Human Rights Council narrowly passed a resolution, sponsored by South Africa, that called for a study on discrimination and sexual orientation and gender identity.

Then in September 2014, the Council comfortably passed a similar but more expansive resolution calling for a report on violence and discrimination on the basis of sexual orientation and gender identity. Today’s report is a response to that resolution.

According to this report, LGBT people have made notable advances since 2011.