Trudging on: The fight for Native American justice, The Slants, and Stephen Guillermo's posthumous degree

Trudging on: The fight for Native American justice, The Slants, and Stephen Guillermo's posthumous degree 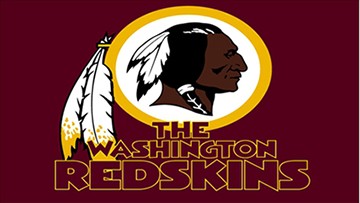 A day after the Washington football team's trademark of the Redskins name was cancelled, activists are cheering, but the effect is the same.

We are still far from home on the range, or anywhere else, where seldom is heard a disparaging word. So the deer and the pro bono attorneys can still play.

After having argued publicly in screeds and rants in print and on radio against the use of the Redskins name since the' 90s, I accept the fact that justice doesn't race along, it trudges.

And the trudgers won a deserving point this week as the Trademark Trial and Appeal Board lifted its protections for the Redskins name.

Yet Team Snyder is hardly red-faced and can still use everything they've got. And so can counterfeiters. The issue of who gets to share in the profits from NFL rights may ultimately have more to do with shaming the Snyders into submission. But the decision this week only promises more court battles to come.

And while my heart goes out to my Native American brothers and sisters on this one, this issue only gets more complicated when you consider who wants to use a name.

When I first wrote about the Asian American rock band, The Slants, they were denied a trademark for the use of their name.