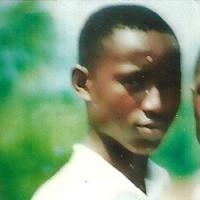 When he was only 16 years old, Moses Akatugba was arrested and tortured in Nigeria. He reports being beaten by the police, shot in the hand, and hung for hours at the station. Moses asserts his innocence, stating he only signed a confession agreeing he was involved in a robbery because of the torture to which he was subjected. In November 2013, after eight years of waiting for a verdict, Moses was sentenced to death. Call for Moses’ death sentence to be commuted, for his torture to be investigated, and for Nigeria to allow human rights monitors access to its prisons.

>> Read More About This Story