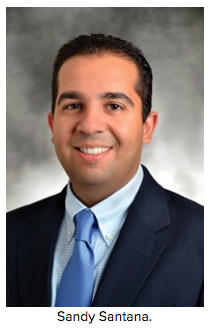 “Sandy has the passion, vision and skills to advance Children’s Rights’ mission on behalf of the nation’s most vulnerable children,” said Alan C. Myers, chair of the Children’s Rights Board of Directors. “He has an extraordinary record of accomplishment, having refined CR’s approach to legal advocacy, strengthened fundraising and reshaped its operations. He has proved that he is best prepared to lead the organization into a very promising future.”

“Children’s Rights occupies a vital space as a leading advocacy group that improves outcomes for the country’s most vulnerable kids,” said Mr. Santana. “As a nation we are failing the very children who need us most—youth who are at the highest risk of leaving school, becoming homeless or incarcerated. CR is committed to ensuring a brighter future for these kids. I am honored to head the organization and am tremendously excited about working with our board, staff and like-minded groups to lead it into a new chapter.”

From 2006 to 2012, Mr. Santana served as managing director and general counsel of Legal Outreach, a law-related college prep organization, where he was responsible for the organization’s management and strategic growth initiatives. Prior to joining Legal Outreach, he practiced law in the Boston office of Goodwin Procter LLP (2004-2006) and in the New York office of Cleary, Gottlieb, Steen & Hamilton LLP (2001-2004). His legal practice focused on international corporate finance, securities, mergers and acquisitions and private equity matters.

Children’s Rights is a leading national advocacy organization dedicated to the protection of abused and neglected kids across the U.S. Since 1995, the non-profit has used the power of the courts to bring sweeping reforms in more than a dozen states, keeping children safer, helping them get the education and health care they need, and ensuring they are with permanent, loving families.