The Red Badge of Cancer

The Red Badge of Cancer 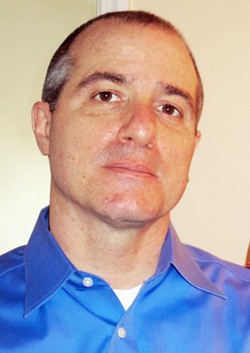 Every phase of cancer is hard: Diagnosis, treatment, post-treatment, recovery and the return to mainstream life.

The demons I possessed before my diagnosis were waiting for me after treatment. Whatever insecurities I had about work, family and relationships were heightened—and now I had a few more to add to the list—mostly around health, relapse, legacy, mortality, who I am and what is important to me.

This is where my wife and I found ourselves when our doctor told us we were in remission. Even though I was the one diagnosed, cancer happened to both us. It was not a solo flight. We felt vulnerable. We were broken. It left us hyperaware and we took nothing for granted.

I’ve heard stories of how guys who went to war never talked about it unless it was with others who had been huddled, scared and battered in the foxhole. In a similar way, we now wear a Red Badge of Cancer.

An insurance advocate told me about the LIVESTRONG Foundation. I had seen the yellow bands, but I had no idea what they did.

I filled out the online intake form and read the literature. It didn’t paint rainbows about my diagnosis or say that everything was going to be all right. They knew this was hard and how cancer changed everything. They understood why my wife and I didn’t feel like celebrating when the doctor said the R-CHOP treatment for lymphoma was working or when we were told we were in remission. They understood why we felt offended when well-meaning friends and relatives offered holistic cures and warned us about the mainstream medical ones. They knew the feeling of abandonment as we moved from patient to post treatment. They knew it wasn’t about getting back to where we were pre-diagnosis, but moving forward with a new normal.

Post-treatment could have been lonely and confusing but the LIVESTRONG Navigator was our quarterback. She directed us to talks at Memorial Sloan Kettering that gave us a platform to discuss the myriad issues confronting us. We got in touch with an Immerman Angel to hear a survivor’s story and relate our own. I started LIVESTRONG counseling sessions over the phone. Later, my wife, as a caregiver, started them too. I began training with LIVESTRONG at the YMCA. I became involved with writing programs through Memorial Sloan Kettering’s Visible Ink. I saw my post-treatment phase not with uncertainty but as a chance to pivot, redefine, refocus and rebuild. It all started with LIVESTRONG.