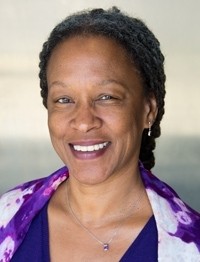 The seemingly nonstop coverage of protests in Ferguson, Missouri, by cable news networks provided little beyond a disturbing loop of images – officers with guns trained on civilians, smoking tear gas canisters flying through the night air and the surreal sight of armored vehicles rolling through an American city.

Almost two weeks after Michael Brown died in the street after being shot by a police officer a half-dozen times, this nation hasn’t taken the steps necessary to understand the root causes of the rage in Ferguson.

And, as a nation, we must understand it.

The rage in Ferguson goes beyond the death of Michael Brown. It’s about what African Americans in Ferguson and elsewhere experience every day.

For too many, it is a cycle of poverty, discrimination and hopelessness. It is life in neighborhoods where encounters with the local police leave residents feeling that the police aren’t there to protect and serve – but are rather an occupying force.

There are plenty of reasons behind this pervasive sense of hopelessness.

For many young people of color, it starts in school. That’s where harsh zero-tolerance policies disproportionately push black children out of class and into the juvenile justice system.