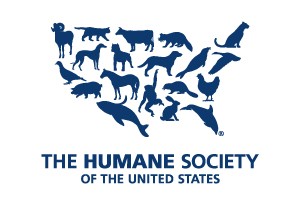 In January, an inspector from the U.S. Department of Agriculture found a four-week-old shih tzu puppy lying dead -- frozen solid -- in the outdoor portion of an enclosure of a puppy mill in Stover, Missouri – the state with the notorious distinction of being the hub of the puppy mill industry. On the night the dog apparently succumbed, temperatures overnight had dropped as low as 2 degrees Fahrenheit and there were imprints from the wire flooring across the puppy’s body. The inspector noted there were no footprints in the snow to indicate someone might have checked on the outdoor portion of the enclosures that night.  A dog not built for a frigid night in the depths of a Missouri winter became yet another casualty of an industry that treats adult females like breeding machines and puppies like a cash crop.

This is just one of the 101 horrific cases highlighted in our annual report, “101 Puppy Mills,” that we release today for the start of The HSUS’ eighth annual Puppy Mill Action Week—where we spotlight harsh truths about puppy mills and the abuses of dogs occurring on a widespread scale within the pet industry.

In this year’s report, Missouri dominates the list, with 22 Missouri dealers making the list of the 101 mills identified in the report. Kansas is second, followed by Nebraska, Arkansas and Iowa. At least three dealers in this report have supplied dogs to the Hunte Corporation, believed to be the largest national broker selling puppies to pet stores. You can read the full report here, but be forewarned that it’s chock-full of unpleasant details.  That’s the consequence of the industry’s general callousness toward animals, along with its commitment to fighting meaningful government and industry humane standards at every turn.