A Psychotic Episode Shouldn't End in a Jail Cell

A Psychotic Episode Shouldn't End in a Jail Cell 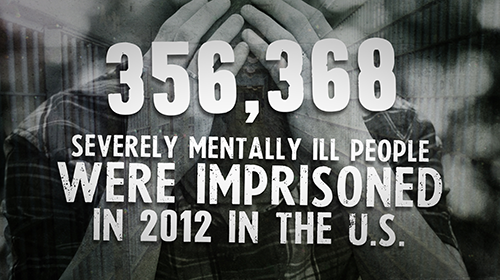 She's an aunt and a neighbor. She likes line dancing. And she suffers from major depressive disorder with psychotic features.

When people like Michelle have a mental health crisis, people often call the cops. The situations are scary and frustrating for everyone involved. The police often don't know how to interact with those in a crisis, and those suffering from a crisis are terrified that the police may use excessive force.

The state of mental health services in this country is unacceptable. Instead of social workers, we have armed law enforcement officers. Instead of treatment facilities, we have prisons and jails. More than half of the people behind bars have shown recent symptoms of mental health problems. The Cook County Jail in Chicago is now the biggest single-facility provider of mental health services in the country. Nearly $9 billion per year is spent locking up people struggling with mental illness. And 356,368 severely mentally ill people were imprisoned in 2012.

But correctional control isn't helping. Many people leave the system worse off, having gone without treatment and services that could have changed the course of their life. Too often, this means they keep coming back instead of getting better.