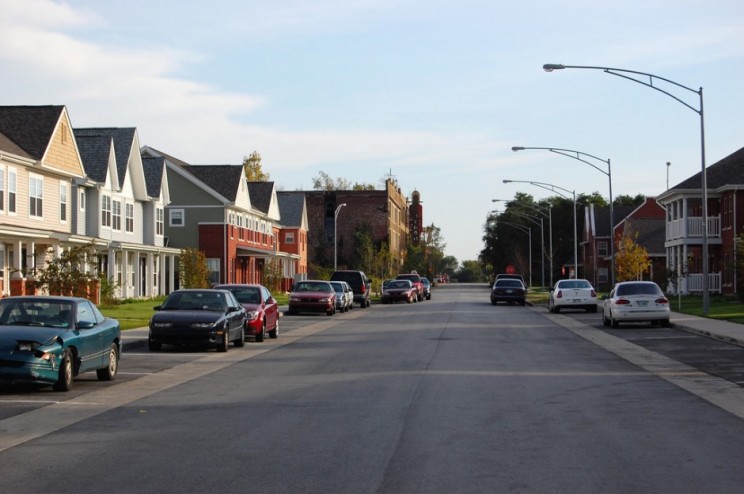 NEW YORK, Dec. 15, 2014 /PRNewswire-USNewswire/ -- A new study of dozens of poor communities across the country found that families fared better economically in places where a far-reaching revitalization effort addressed multiple community needs at one time—affordable housing, safety, education, employment, and other basic services.

Conducted by the Local Initiatives Support Corp. (LISC), the in-depth study looked at 63 neighborhoods where the nonprofit has been investing for more than a decade and found that employment and incomes each grew by 9 percent more than they did in similar communities that were not part of LISC's long-term investment strategy.

Michael Rubinger, LISC president and CEO, announced the results this week, explaining that the research quantifies what LISC's staff had previously believed but only knew anecdotally—that the organization's strategy called Building Sustainable Communities improves the quality of life for low-income families in a significant way. The data hold critical implications for policymakers and philanthropic organizations focused on the ever-widening income inequality gap, he said, adding, "This a real indicator that we're moving in the right direction."

Since launching the strategy in 2007, LISC has made $750 million in grants, loans and equity investments that not only directly funded projects and programs but led to a total of$3.1 billion in development in the 63 targeted neighborhoods.