New Deadline for Tax-Free Giving Stalls in Congress, but Supporters Fight On

New Deadline for Tax-Free Giving Stalls in Congress, but Supporters Fight On 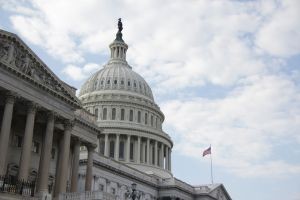 The time-honored practice of sneaking charitable donations in under the wire during the waning days of December is safe for another year.

Despite the efforts of some nonprofit leadership organizations, Congress is unlikely to pass a measure before it adjourns that would extend the deadline for claiming a charitable deduction until tax day, April 15.

For now, lawmakers are working on legislation that would extend for a year several existing tax provisions that have expired or will soon expire. Many of those provisions are designed to encourage charitable giving, including favorable tax treatment of donations made from Individual Retirement Accounts, land-conservation donations, and gifts to food banks.

The House is likely to vote on those items, known as "tax extenders," as early as the end of the week. But new additions to the tax code, like the April 15 deadline for charitable deductions, likely will have to wait until next year.

Lawmakers have only a few workdays remaining during the busy "lame duck" session after the November midterm elections, and Republicans are deferring action on many items until they control both chambers of Congress next year.

In June, the House voted to make the extenders permanent in a bill called the "America Gives More Act." That legislation also contained several new provisions, including the April 15 deadline for claiming the charitable deduction.