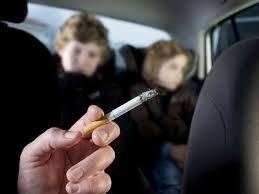 WASHINGTON, DC – The percentage of Americans exposed to secondhand smoke has fallen by more than half since 1999, but one in four non-smokers – 58 million people altogether – was still exposed in 2011-2012, according to a new report issued today by the Centers for Disease Control and Prevention (CDC). It is especially troubling that children have the highest levels of exposure, with 40.6 percent of children aged 3-11 and 67.9 percent of African-American children in that age group still exposed to secondhand smoke. While the sharp decline in exposure to secondhand smoke is great news, it is unacceptable that 58 million Americans, including so many children, are still exposed to this serious and entirely preventable health threat.

The CDC report demonstrates both the effectiveness of and continuing need for comprehensive smoke-free laws that apply to all workplaces and public places, including restaurants and bars. To date, 24 states, Washington, DC, and hundreds of cities have enacted such laws, protecting about half the U.S. population (an additional six states have laws that apply to all restaurants and bars, but not all other workplaces). It’s time for every state and community to go smoke-free and protect everyone’s right to breathe clean air, free from the serious health hazards of secondhand smoke.

States in the South have lagged behind in providing this important public health protection, which is easy and cost-effective to implement and very popular with the public.