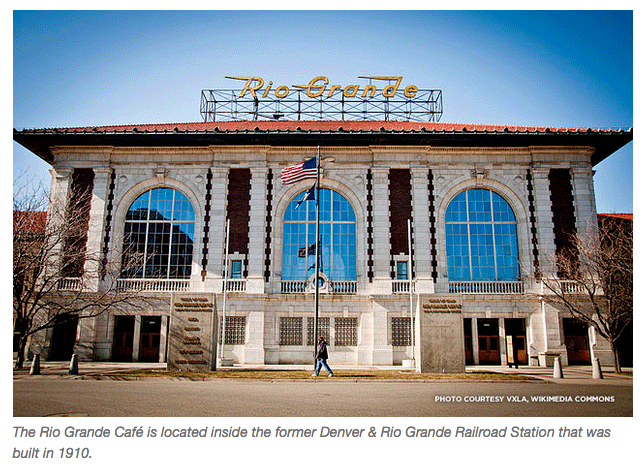 In the National Trust for Historic Preservation's last post they invited you to take a trip to three historic train depots that have been revamped into swanky restaurants which offer both warm hospitality and meals that will make your taste buds sing. Today, they're introducing you to three more historic train depots-turned-eateries, each with their own culinary delights. So pack your bags and get ready for an excursion to a foodie’s paradise.

Although passenger rail service ended at the Denver & Rio Grande Railroad Station in 1999, the Rio Grande Café continued to be Salt Lake City's ticket to cuisine from South of the Border. Tostadas, burritos, chile rellenos, and carnitas platters are the bill of fare, all complimented by ice cold Dos Equis and sweet margaritas.