An Important Vote on Personhood 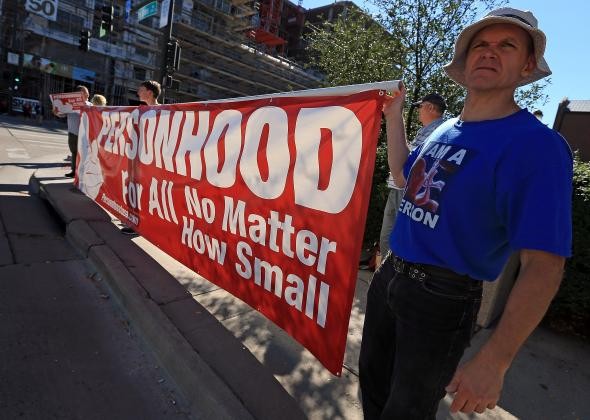 Voters in North Dakota today defeated Ballot Measure 1, an amendment stating that a fertilized egg has an "inalienable right to life."

"Today, North Dakotans saw through right-wing extremists' attempts to insert a highly controversial measure into the state's constitution that would have robbed North Dakota women of their inalienable rights to their own body and their own lives.  Had it passed and gone into effect, this amendment could have affected women's access to many health-care services, including birth control and in vitro fertilization.

"NARAL Pro-Choice America will continue to fight against amendments like Ballot Measure 1 in North Dakota and throughout the United States. We stand with the women of North Dakota who have the right to make personal health care decisions without interference from politicians."

In North Dakota, personhood proponents made their first ballot attempt by employing a deceptive strategy from the start: