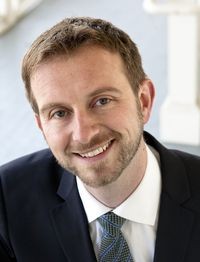 In 2013, I joined with partners at the BBB Wise Giving Alliance and Charity Navigator in writing an open letter to the donors of America explaining that "overhead ratios" are a poor way to understand nonprofit performance. We named this campaign "The Overhead Myth."

I'm glad to report that the response to the campaign, including the original Overhead Myth letter to the donors of America, far exceeded our expectations. More than one hundred articles have been written about the campaign. It comes up every time I hold a meeting or give a talk. For many in the field, it's been a deep affirmation of something they've long known. And, indeed, many leading organizations — the Donors Forum, Bridgespan, the National Council on Nonprofits, and others — have been working on the issue for years.

But we also know we have a long road ahead of us. The myth of overhead as inherently "wasteful" spending is deeply ingrained in the culture and systems of the nonprofit sector, and it will take years of concerted effort for us to move past such a narrow view of nonprofit performance to something that fully reflects the complexity of the world around us. That effort is essential, however, if we want to ensure that we have a nonprofit sector capable of tackling the great challenges of our time.

That's why last week the CEOs of Charity Navigator and the BBB Wise Giving Alliance and I released a second Overhead Myth letter — this one addressed to the nonprofits of America. In that letter, we suggest a set of steps nonprofits themselves can take to help dispel the Overhead Myth. We all share responsibility for allowing things to have reached this pass. And it will take all of us to fix it.