By National Trust for Historic Preservation in the United States on October 26, 2017

Source:
National Trust for Historic Preservation in the United States 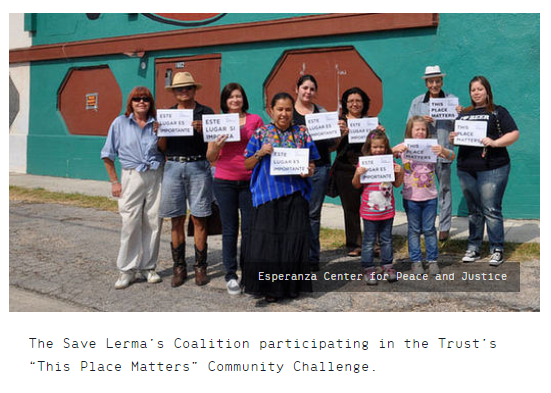 Lerma’s Nite Club in San Antonio is a popular and well-known venue for both performers and patrons. Throughout the 1950s, Lerma’s was one of the few official music venues that would regularly book conjunto bands. Its commitment to celebrating conjunto helped keep the traditional music alive and provided the community with a familiar space to dance and relax for almost six decades.

In 2010, the city of San Antonio closed the building due to code violations. It became clear that saving the cinder block, Arte Moderne building would require an expensive repair process.

Community members formed the Save Lerma’s Coalition to advocate for the club’s preservation. The group hosted a series of fundraising events and received a grant through the National Trust’s “This Place Matters” Community Challenge. Part of the coalition’s advocacy was getting the club listed on the National Register of Historic Places, which can help protect historically significant sites from redevelopment.

>> Read How the Group Saved Conjunto