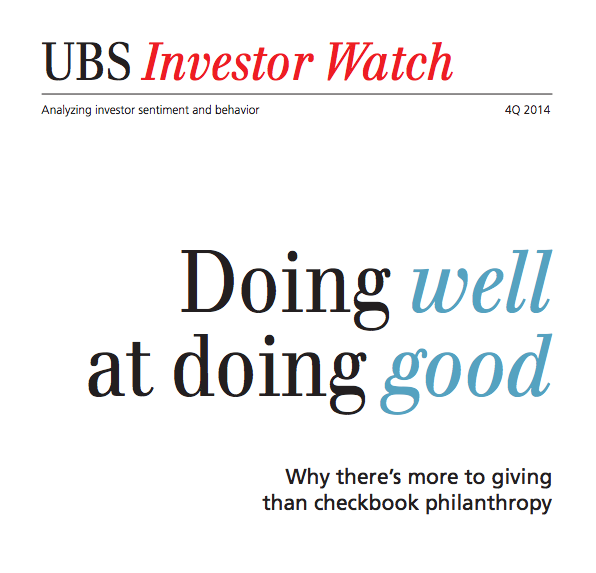 Most wealthy people give, but few of them are satisfied with what their philanthropy accomplishes, says a new report.

The report from UBS Wealth Management Americas, found 9 in 10 affluent people, say they donate to charity, yet only 20 percent consider their giving to be effective.

Sameer Aurora, head of client strategy at UBS Wealth Management Americas, said he was surprised people thought their giving made little difference. One reason for the problem he said: "People tend to give as they’re asked by friends and family, reacting to spur-of-the-moment requests at random." Donors who are happier with their philanthropy, he says, tend to have plans in place.

To conduct the survey UBS received data from 2,210 clients, including 1,372 who have assets worth at least $1-million. Other people in the survey were less well off and younger than a typical millionaire.

The report also revealed generational shifts in giving. Mr. Aurora says these changes are reflected in the causes donors support.