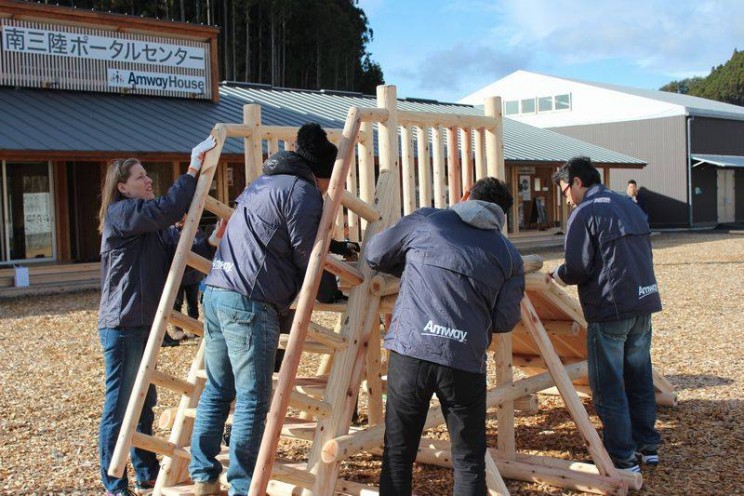 Anyone involved in managing a corporate volunteer program always faces the same questions: what sort of cause curriculum makes sense for my company, what will generate the most impact and how can I get our employees excited to participate?

Turns out these are distinctly separate considerations that are sometimes at odds with each other.

That’s what Jesse Hertsteindiscovered when he wrestled over whether his company should organize a global volunteer day.  As the Senior Corporate Citizen Specialist for Amway, Hertstein felt that the company’s greatest opportunity for community impactwas at the grassroots level.  And indeed, Amway was doing meaningful work through each of its worldwide offices, so why mess with a good thing by undertaking the heavy lift of a global volunteer day? Hertstein was understandably reluctant.  With all the work involved, it could still end up being nothing more than a showy performance that benefited Amway far more than the causes at stake.

Hertstein changed his mind, and here’s why.

Despite Amway’s volunteer successes, Hertstein knew that the company still had relatively low awareness and engagement in its programs.  A global volunteer day could serve as a critical vehicle to galvanize higher participation in Amway’s other programs and send a message to Amway’s global communities about its commitment to giving back.

The turnout for Amway’s global volunteer day was tremendous and the work that Amway employees undertook across the world was impressive.  But Jesse concludes that the most resonant impact was within the company itself.  “As a former skeptic,” Hertstein notes, “I am convinced that there is value in organizing such an event. But the value is mostly internal: it is a chance to engage those who may not otherwise sign up on their own. It is an opportunity for people to try volunteering for the first time in a safe, lively environment. It is a way to emphasize the importance of community involvement in your organization’s culture.”