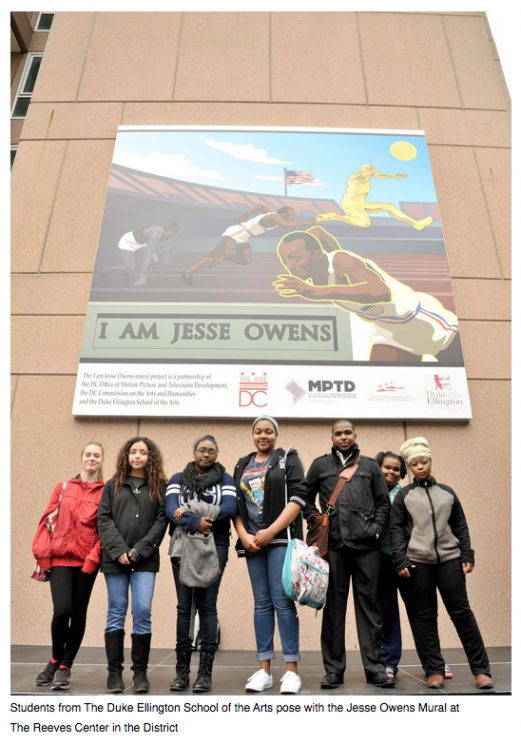 A tribute to Olympic hero Jesse Owens now is proudly on display at the Frank D. Reeves Municipal Center in Northwest thanks to students at a nearby arts school.

D.C. Mayor Muriel Bowser and other city officials were on hand Friday for the unveiling of a 15-foot by 15-foot mural depicting Owens in his triumph at the 1936 Olympic Games in Berlin, where, as an ESPN writer once observed, he “single-handedly crushed Hitler’s myth of Aryan supremacy” by winning four gold medals in track and field.

Bearing the simple declaration “I am Jesse Owens,” the mural was created by students at the Duke Ellington School of the Arts.

>> Support the Duke Ellington School of the Arts