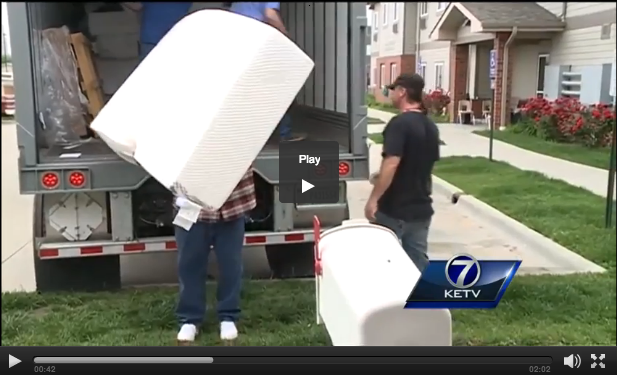 “They get a good night’s sleep,” said CEO and Founder of New Visions Harry Wallar. “They’re rested. They’re more willing to do things that they need to do to become self-sufficient.”

Wallar said at least 300 homeless veterans are in the Omaha area.

Walter Henderson said he was homeless for two years.

“When I was born, it was hard times. It’s still hard times, you know? Times are just going different. That’s all,” Henderson said.