Ed & Alepo: The Road to Independence

Ed & Alepo: The Road to Independence 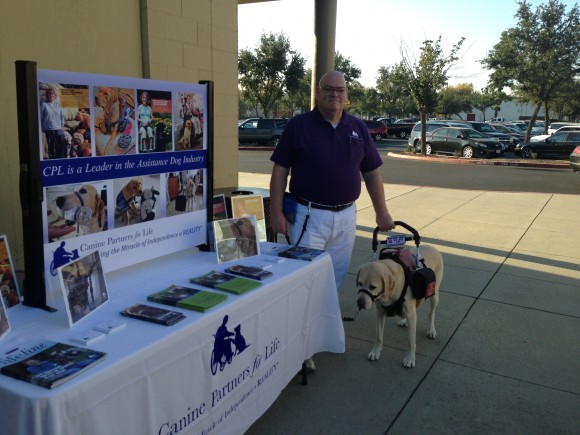 I am 57 years old, and for the first 30 years of my life I was a healthy person, with a very active life, following a great career path. After studying engineering, I entered the Merchant Marine and traveled the world. After that I began a career in the engineering insurance industry in New York. For another decade my life went along very well.

Suddenly, in 1987, while attending a meeting in Philadelphia, I experienced my first grand mal seizure and collapsed. This was the beginning of my epilepsy, which changed my life forever.

What is scary about a grand mal seizure is that you never feel it coming on, it just happens without warning. You just collapse, and many times there are physical injuries due to falls. When consciousness is regained, you don’t know what just happened. Epilepsy can easily make people prisoners, removing them from the outside world. Epilepsy did this to me, and depression set in.

Over the next fourteen years, I experienced grand mal and partial seizures just a few times a year, then it became monthly, then weekly, and then finally daily. The seizures also brought on frequent severe chronic head pain.

In 2001, I had to retire from my career, after working for twenty-four years, due to the frequency and complications with my epileptic condition.

In 2001, a longtime friend of mine showed me a TV show that featured Canine Partners for Life, and it detailed the wonderful work that service dogs are capable of doing for disabled individuals, including alerting to seizures. I contacted CPL and arranged an initial interview.