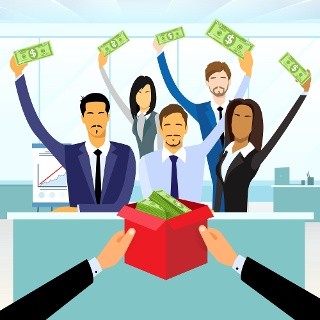 America’s Charities much-anticipated annual report on employee giving and volunteering was released this month, and as I discussed recently, it’s packed with interesting data about the increasing role of corporate philanthropy in the workplace.

The report, Snapshot 2015: The New Corporate DNA—Where Employee Engagement and Social Impact Converge, draws six key takeaways from the trends seen in employee-driven philanthropy in 2015. Each conclusion is worthy of close examination, but since now is the traditional season of employee giving, I’d first like to assess the trends seen in how employees are donating their hard-earned dollars towards corporate philanthropy.

“Many have said that workplace giving is dead,” the report notes.

“The Snapshot reports reveal quite the opposite is true. The traditional model of top down, corporate-directed giving is no longer acceptable. And, workplace giving and employee engagement is alive and evolving at a very rapid pace.”

Winter is a busy time for corporate giving, starting with #GivingTuesday and continuing into the final throes of corporate holiday campaigns. Traditionally, Q4 is where employee giving began and ended, with company leaders losing focus on this effort the rest of the year. In 2013, only 24% of companies indicated they offered year-round giving, with 71% of large corporations conducting their giving program during a finite period of time, usually the fall. But the latest Snapshot shows that year-round giving is becoming the standard, with more than 60% of companies saying their giving program is open year-round. “The time-honored tradition of Fall campaigns is evolving into new traditions,” the report notes.

Snapshot 2015 shows how companies are diversifying the opportunities available to employees who want to donate, to support the increased interest in giving: