Coming Together for Dogfighting Survivors

Coming Together for Dogfighting Survivors

By The Humane Society of the United States (The HSUS) on December 16, 2022 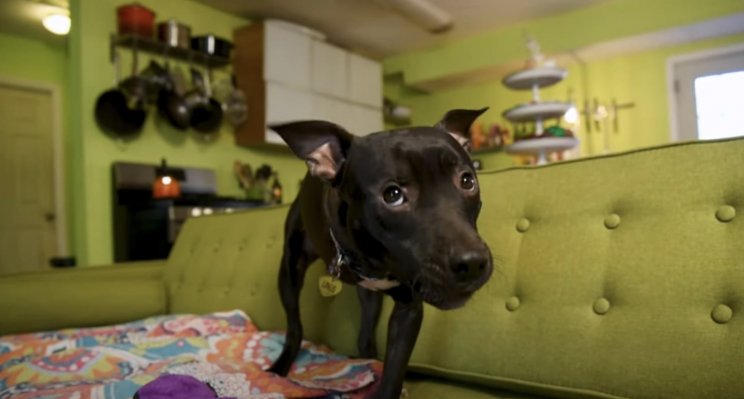 An unknown number of dogs were chained in the woods on a recent Sunday morning, and rescuers could hear them barking before they saw them.

According to the U.S. Department of Justice, the joint rescue in September is believed to be the biggest takedown of an alleged dogfighting operation in South Carolina’s history: The first day, federal officials interrupted a scheduled dogfight and rescued 14 dogs. The next day, federal and state law enforcement officers executed nearly two dozen search and seizure warrants at multiple properties. More than 20 people were arrested for state charges relating to animal cruelty and dogfighting. Officers worked with animal welfare organizations, including the Humane Society of the United States, to rescue 275 dogs.

Because the dogs were housed across so many locations, the U.S. Department of Agriculture’s Office of Inspector General assigned the responders to work at specific sites. Our Animal Rescue Team helped remove 70 dogs from three sites and witnessed the heartbreaking conditions the animals lived in firsthand. Responders also found evidence of dogfighting, such as a self-propelling treadmill and a large pit with chairs around the perimeter.

“Some of the dogs had no shelter. None of the dogs had water. They were really emaciated. […] Many of them had open infected wounds,” says Laura Koivula, HSUS director of animal crimes and investigations, about the dogs on the property she was assigned to work.

Several dogs had injuries so severe they needed emergency veterinary care, including a small black dog with gaping wounds on his chest and a leg injury that made him limp. “You could smell the infection, the odor of the infection, before you got up to him,” says Jessica Johnson, senior director of our Animal Rescue Team. A circle of worn grass around the end of his chain indicated that he had been confined to the same spot for a while.

Johnson stroked the dog’s back as she took in the scale of his injuries. The young dog accepted her affection but stayed hunched over, staring straight ahead. Koivula describes his face as “totally blank.” She suspects he “simply didn’t have much [energy] left in him to acknowledge the fact that we were there.”

Despite everything they had endured, many of the dogs eagerly approached responders with wagging tails. Others were withdrawn and fearful. After the rescue, the dogs went to confidential locations to recover. The HSUS continues to care for 44 dogs, including the small black dog, now called Ray.

The seizure was a collaborative effort between government agencies and nonprofit organizations. Bark Nation helped remove, transport and care for dogs from one of the three properties assigned to our rescue team, and RedRover assisted with the hands-on needs of the 44 dogs in our care during their initial arrival. Koivula is also grateful to the local, state and federal agencies who pursued the case that made this rescue possible.

“Building a case like this takes months, sometimes years, of research and investigation,” says Koivula. “It is a massive effort and takes a lot of dedication from so many people.”

Now freed from their chains, the dogs’ role is simple: rest and recuperate. After undergoing extensive surgery to repair his wounds, Ray is doing just that. Johnson visited him after his surgery and was greeted with gentle tail wags. After a little while, the small dog fell asleep, his head in her hand.