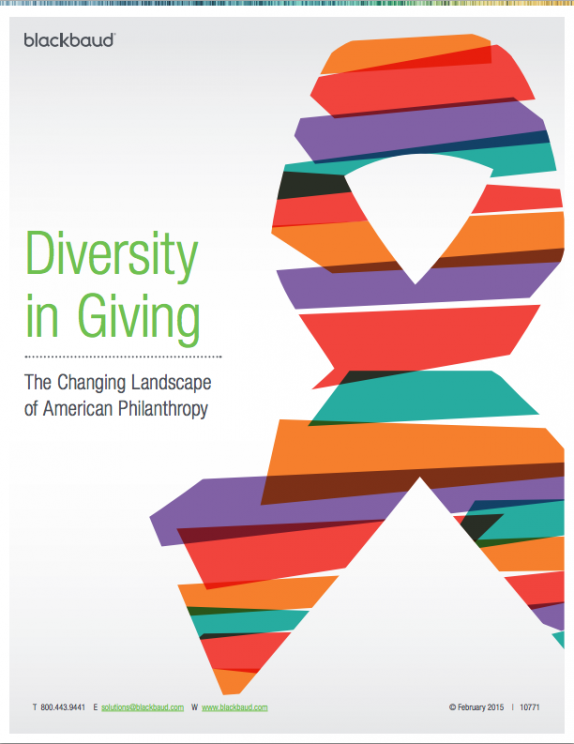 Fundraisers are missing revenue opportunities by failing to keep up with rapid changes in the nation’s demographics. Minorities are often overlooked by charities soliciting donors, and the appeals they do receive are seldom geared toward them. The problem will worsen in coming years if charities fail to respond.

The ethnic background of people who give to charity today is roughly the same as it was 25 years ago, with Caucasians accounting for about three-fourths of all donors. But by 2030, according to projections by the U.S. Census Bureau, only 55 percent of the population will be white, and more than 20 percent will be Hispanic, 13 percent African-American, and 6 percent Asian.

Among donors, "whites are overrepresented compared to their overall proportion of the population," said researchers in the study released by Blackbaud, the fundraising software company. Whites made up 64 percent of the population in 2010, the most recent year for which data are available, they added, and that number is probably lower now.

"Conversely," they added, "both African-American and Hispanic donors are underrepresented in the donor universe."

"The country is changing, but fundraising isn’t," said Dennis McCarthy, a Blackbaud official who wrote a report on the study, in an interview with The Chronicle.

One reason: Many solicitations, particularly to recruit new donors, are sent to people who share numerous characteristics with supporters of the past, who were mostly white. Those appeals don't necessarily work for others, according to the report.

The study is based on surveys of 1,096 American adults who, in addition to reporting their race, said they had made gifts to one or more charities in the past year.