The Underrepresented Color of Free Money for Charities

The Underrepresented Color of Free Money for Charities 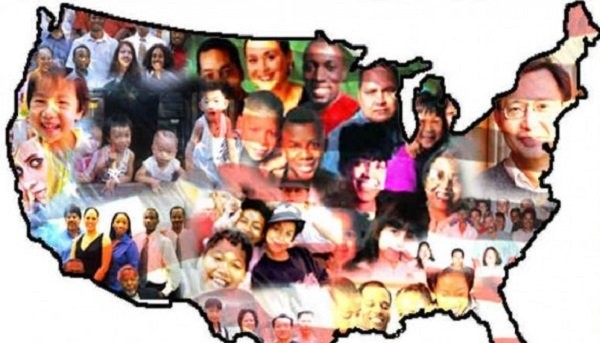 In my daily news reading, I came across a very interesting article in the Chronicle of Philanthropy written by Holly Hall titled, “Charities Lose Big Revenue by Ignoring Minorities, Study Suggests.” There were key points in the article based on a recent Blackbaud study that hit home for me that I want to elaborate on as a seasoned adviser focused on Corporate Social Responsibility and Employee Engagement and as an African American woman that gives monthly to three charities. Although the three charities that I support did not approach me for the "ask," my employer did so on behalf of the charities by providing a platform to give to any organization of choice through payroll deduction and strategically communicating the ask that spoke directly to me as a minority.

I wholeheartedly agree with Holly's article that “Fundraisers are missing revenue opportunities by failing to keep up with rapid changes in the nation’s demographics.” I cannot recall in my memory when I have received a phone call or solicitation from the three charities that I donate a portion of my salary. I receive acknowledgement letters from two of the three charity organizations that I support, but nothing further. I choose these various organizations because there is a personal story behind each that lead me to doing research on which charity to support to help cure a particular cancer, make a dream come true for an ill child, or provide jobs for the disenfranchised or vets.

Although the charity(ies) may not personally reach out to me to ask for funds, I began wondering how many companies know how or struggle to attract minority employees to participate in volunteering, workplace giving and Corporate Social Responsibility (CSR) efforts? How many companies simply don't know how or are hesitant to "ask" for donations at the workplace on behalf of charities?

In the article, Holly states, “The ethnic background of people who give to charity today is roughly the same as it was 25 years ago, with Caucasians accounting for about three-fourths of all donors.” However, "both African-American and Hispanic donors are underrepresented in the donor universe." As noted, "The country is changing, but fundraising isn’t."

Many companies are either ahead of the game and have robust fundraising programs that employees of all ethnicities support or many are looking for ways to implement a strategy that will result in a sustainable and successful CSR/Employee Engagement campaign or event (such as implementing a program for National Minority Donor Awareness Week occurring the first week in August). Thinking about the what and how now is important, but you don’t want to go this effort alone. Tapping into the services of a good CSR/Employee Engagement analyst can help you achieve your goal to reach all employees so that each one feels represented and “spoken to” in your company-wide efforts.

Knowing your company culture and those within it is very important when providing a fundraising platform. According to the Blackbaud study, “Diversity in Giving, the Changing Landscape of American Giving,” there are small differences among ethnic groups that you may want to consider:

These differences are not to say that all members of these particular ethnic groups respond to charitable giving in the same manner. For example, I am not Hispanic, however, I buy Paul Newman products because all after-tax profits from the sale of their food products go to the Newman's Own Foundation and dispensed to charities throughout the U.S. and around the globe. Over $400 million has been given to thousands of charities since 1982.

The point is, if options are presented, opportunities are plentiful, and the "ask" is made on behalf of charities through a strategic communications plan that companies and their advisers create that speaks directly to employees, then the "Underrepresented Color of Free Money for Charities" gap will begin to close, allowing charities to continue what they do best, support the community with services and programs for those in need.

To learn more about diversity in giving and closing the donor gap, analyzing your programs for better inclusion, or general CSR/Employee Engagement options and solutions, contact our team.