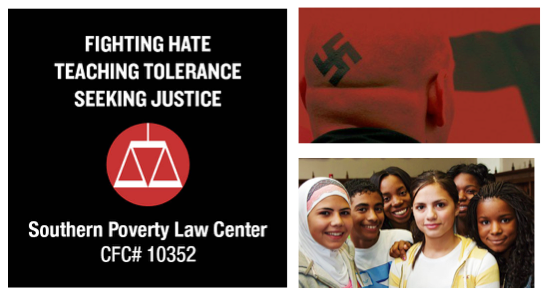 Since 1971, the Southern Poverty Law Center (SPLC) has worked diligently to shape a better future for the country by fighting hate and bigotry and seeking justice for the most vulnerable members of society.

The nonprofit civil rights law firm has toppled institutional racism and stamped out remnants of Jim Crow segregation; destroyed some of the nation’s most violent white supremacist groups; and protected the civil rights of children, women, the disabled, immigrants and migrant workers, the LGBT community, institutionalized persons, and many others who faced discrimination, abuse or exploitation.

More than four decades after its founding, the SPLC’s work remains as vital as ever. A look at just two SPLC initiatives demonstrates the innovative ways it continues to pursue its mission of promoting and protecting our nation’s most cherished ideals by standing up for those who have no other champions.

In the Deep South, the poorest region in the country, the SPLC is working to ensure that the impoverished, especially in marginalized minority communities, are not punished and exploited because of their economic status. Unfortunately, as more towns and cities increasingly rely on fees and fines to fund local government, indigent residents are finding that they are not only facing an economic gap – they’re facing a justice gap.

In Alabama, the SPLC has helped shut down modern-day debtors’ prisons that lock up people too poor to pay traffic fines and fees levied by local courts. SPLC client Harriet Cleveland paid $140 a month toward her traffic fines in Montgomery, Alabama, but $40 was going to a for-profit company overseeing the “probation” of people in her situation.

She paid thousands of dollars over several years, but when she had nothing left to give, she was thrown in jail – even though the practice of jailing indigent people for debt was outlawed in this country almost 200 years ago. The SPLC secured Harriet’s release and sued the city for violating her constitutional rights. The city agreed in a settlement to stop jailing the indigent and canceled its contract with the abusive probation company.

“Just like a mirage, it disappeared,” Harriet said. “So, thank goodness for that. That’s very, very inspiring to me.”

The SPLC continued its campaign to stop this exploitation of the poor, filing a lawsuit in a neighboring town engaging in the same practices with the company. It charged the company – which had contracts with about 100 Alabama towns – with violating federal racketeering laws. The town settled with the SPLC and ended its contract with the company. Warned by the SPLC that such practices are illegal, more than 70 other towns cut ties with the company, which eventually closed down its remaining offices in the state.

This campaign is just one example of the SPLC’s work to defend the rights of the poor and ensure that they are treated with fairness and dignity. It’s work that is desperately needed as more people are discovering that justice is too often tied to their bank account.

The SPLC’s Teaching Tolerance project is also working to ensure a better future by providing teachers with free anti-bias resources, including award-winning classroom documentaries, lesson plans and curricula as well as its magazine, Teaching Tolerance, which reaches approximately 450,000 educators.

This year, Teaching Tolerance released a new classroom documentary to educate students about the struggle for the right to vote and to inspire young people to become more civically engaged. Approximately 40,000 copies of Selma: The Bridge to the Ballot have been distributed to teachers across the country, providing them with a powerful tool during the 50th anniversary of the Selma-to-Montgomery voting rights march.

The film comes on the heels of the project’s third report examining civil rights education. That report found that coverage of the movement in U.S. classrooms remains woefully inadequate. To help improve civil rights education, Teaching Tolerance released a best practices guide designed to help teachers and school leaders ensure their lessons about the movement are robust and meaningful.

The project has also worked to help teachers prepare students for life in our increasingly diverse country by creating Perspectives for a Diverse America, a literacy curriculum designed to help teachers from kindergarten to high school ensure that classroom lessons provide perspectives that reflect this diversity.

And for more than a decade, Teaching Tolerance has helped students step out of their cliques and challenge stereotypes as part of its National Mix It Up at Lunch Day – an event designed to foster respect among students by asking them to sit with someone new at lunch for just one day.

The October event is designed to help educators create schools where students see each other as individuals – not just members of separate groups.

These are a just a few of the ways the SPLC continues its fight for the most vulnerable members of society. Whether this mission takes the SPLC into the courts, the classroom or elsewhere, it remains devoted to creating a better future by fighting hate, teaching tolerance and seeking justice.

Our thanks to SPLC for sharing their mission and impact with us.  You can learn more about their work by visiting their website at www.splcenter.org. To support their efforts, please donate to the Southern Poverty Law Center (SPLC) through your company's workplace giving program (CFC #10352 if you're a Federal employee participating in the Combined Federal Campaign).