Recognizing the Creativity, Passion, and Hard Work of CFC Volunteers and Coordinators

Recognizing the Creativity, Passion, and Hard Work of CFC Volunteers and Coordinators 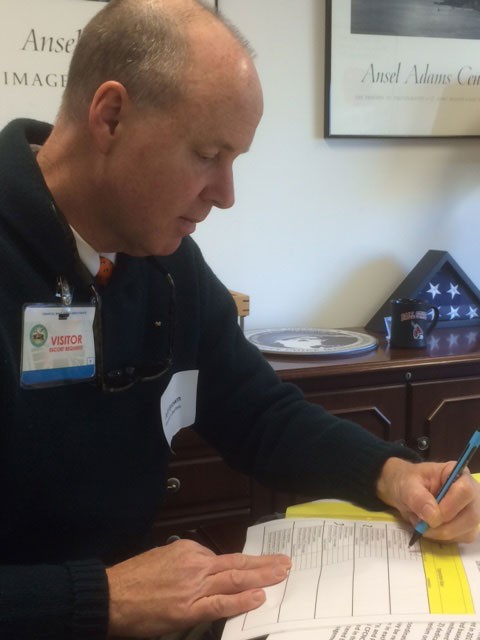 At first glance you’d think I was in New Hampshire attending a primary or I was at a caucus in Iowa.  In actuality I was in Crystal City at the Department of Defense’s (DoD) Voluntary Campaign Management Office judging entries for their Combined Federal Campaign (CFC) Communications and Marketing Contest. This is an opportunity to recognize the creativity, passion and hard work of CFC volunteers, but just as importantly, provide inspiration and best practices for those coordinating next year’s campaign.  There are ten different categories that highlight a broad range of talents that span from photography to websites to use of social media.  The entries are placed in three divisions based on their agencies size and their campaign goal:

I was placed with two other judges and assigned the Medium category entries.  We also had the honor of helping choose the campaign’s Hero of the Year.  This individual is a person showing outstanding personal commitment to the CFC, and who embodies the spirit of volunteerism.  The DoD winners along with ones from civilian Federal agencies and the United States Postal Service will be entered in the overall communications contest for the National Capital Area.  The final results will be revealed at the campaign’s finale in March.

I have a soft spot for this competition because a few years ago when I worked for the local CFC it was my job to coordinate the entries, judging and award program for this contest.  I saw firsthand the efforts that volunteers put into running their campaigns and it was a pleasure to be able to recognize them for all that they have done. I look forward to the finale and I hope some that I judged are overall winners, but to be honest, in a competition that does so much good for so many, there are no losers.