By Hope Connections for Cancer Support on June 21, 2016 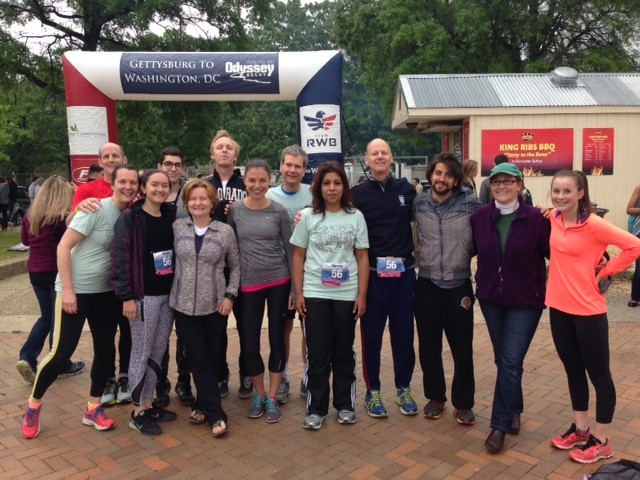 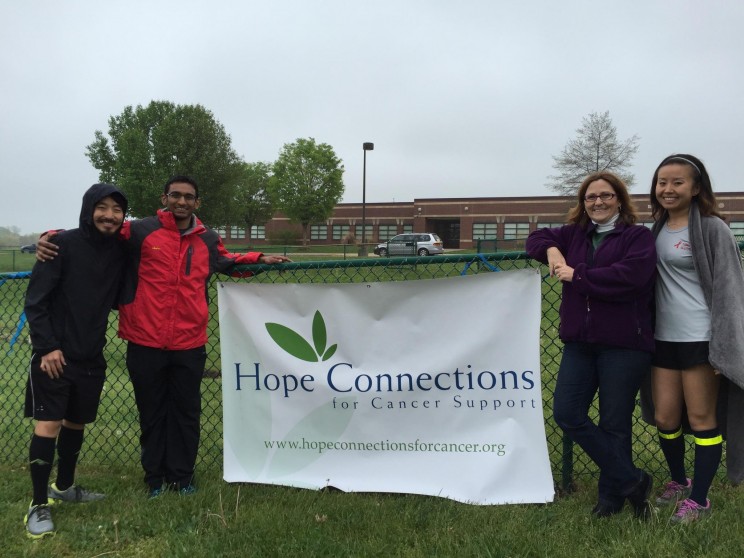 “I became involved with Hope Connections for Cancer Support in honor of my mother, a breast cancer survivor”, said Bob.” When I decided to leave the legal profession and pursue my passion, I created the American Odyssey Relay. Making Hope Connections the beneficiary of this relay was an easy choice and one that made my mother very happy.” 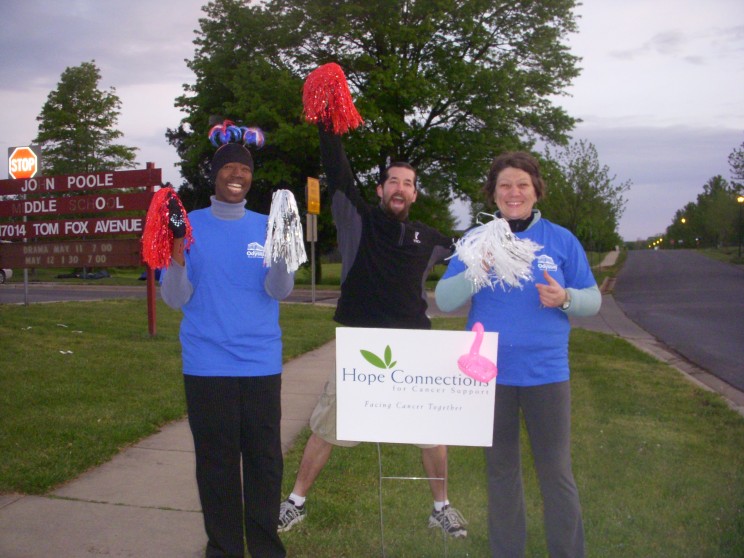 Being a very smart businessman, Bob laid out the terms of the partnership so there would be no ambiguity on what was expected from both partners.  The general terms of the agreement are as follows:  RDB Running donates a portion of registration fees and $75 per volunteer to Hope Connections and Hope Connections promotes the event, recruits teams to participate and staffs at least one relay transition site.

American Odyssey Relay’s first event was in April 2009 and it has become an annual event. Last year, RDB Running introduced a second event, the Rock the Creek Relay.  Hope Connections is also the beneficiary of this 30-mile local event, further cementing the relationship between the two organizations.

Over time, RDB Running has donated over $25,000 to Hope Connections, as well as making us the recipient of AOR’s Spirit Award, sponsored by Glassman Wealth Services, which represents another $7,500 in contributions. RDB also encourages Hope Connections to raise funds from race participants, resulting in over $50,000 in additional contributions from individuals. In addition to these greatly needed funds, AOR and Rock the Creek build awareness of Hope Connections’ mission among thousands of runners and their fans. At the same time, Hope Connections provides important volunteer and promotional support to these logistically complex events.

“The partnership between RDB Running and Hope Connections has been beneficial for both parties,” explains Bob. “We are mutually supportive of each other’s businesses and are pleased to see that support has helped to stabilize and grow both organizations. We expect to continue this relationship for many years to come.”

Support This Cause Through Workplace Giving:

Hope Connections is a member of America's Charities. Your company can support Hope Connections through a corporate partnership and by starting an employee giving program with America's Charities. Our online giving technology and solutions can facilitate your workplace giving campaign and other company cause initiatives. America’s Charities has been mobilizing the workforce to affect social change through employee giving and other company philanthropic initiatives for over 35 years and we have raised more than $650 million of sustainable funds for more than 10,000 nonprofits as a result.