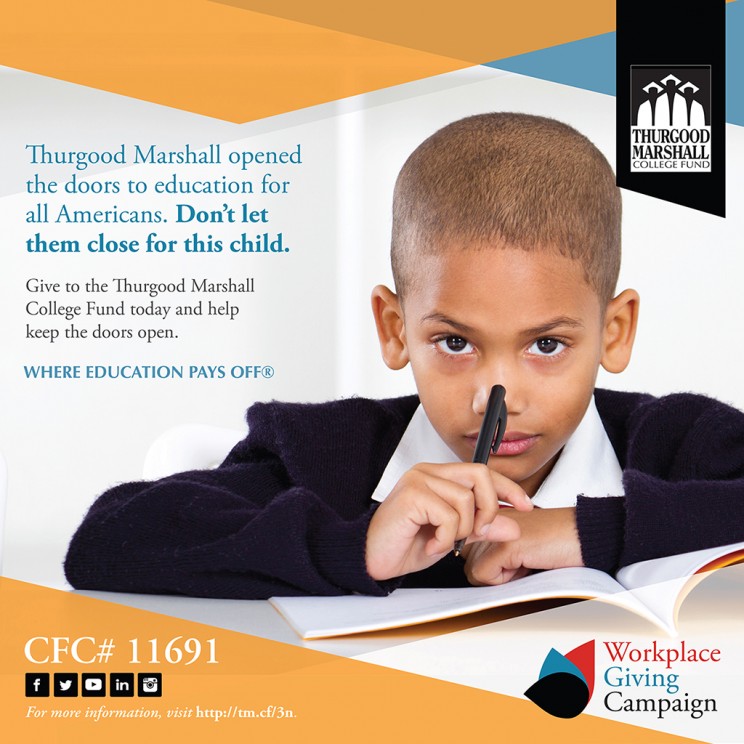 America’s future depends on our ability to train future generations to fill necessary workforce positions, and to continue innovating so that American businesses can meet new challenges and open new sectors.  Yet, our country is not producing enough college graduates to meet the growing demand – 16 million too few by 2025, according to the Kresge Foundation.

To understand the economic impact of this impending gap, one only needs to look to the Pew Charitable Trust, which states that each college degree completed translates into an average $1 million in increased lifetime earnings.  Taken together, America is facing a $16,000,000,000,000 hit to the US economy in opportunity cost – simply due to a lack of college graduates.

Why is America not producing enough college graduates?

One major reason is cost.  Since 1985, the cost of attending college has risen 600% - placing a college education out of reach for more and more Americans.   Rising costs lead to lower completion rates and fewer degrees.  Nationally, 1 in 3 college freshmen drop out before their second year, and for first-generation college students, that number is 90% – simply due to lack of resources. 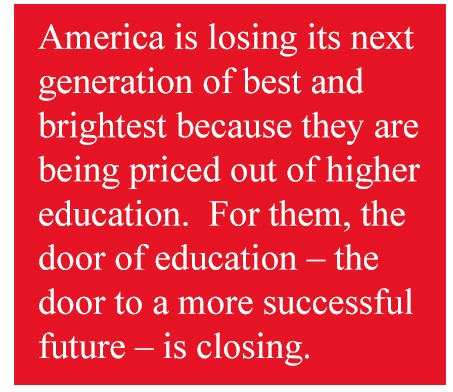 America is losing its next generation of best and brightest because they are being priced out of higher education.  For them, the door of education – the door to a more successful future – is closing.

America is again approaching the time when college will be the purview of the elite – the exclusive club that only a few can enter, not because of talent or intelligence, but simply because only a few will be able to afford it.

Not too long ago, the doors to a college education were closed to vast segments of American society, also due to reasons beyond ability.  As a young lawyer, Thurgood Marshall opened the doors to a college education for anyone who was smart enough, thus creating new economic opportunities for millions of talented Americans.  Marshall went on to open other educational doors for all Americans, and became the first African-American U.S. Supreme Court Justice.

Today, the Thurgood Marshall College Fund (TMCF) continues Justice Marshall’s legacy. Created in 1987 to provide scholarships for students attending America’s 47 publicly-supported Historically Black Colleges and Universities (HBCUs), TMCF has awarded over $250 million in scholarships, and programmatic support in leadership development and capacity building for our member-schools and their nearly 300,000 students.

Comprising only 3% of America’s colleges, HBCUs produce half of all black teachers and award a disproportionate amount of bachelor's degrees in fields like biology, math and computer science.[1]   HBCUs are the country’s top producers of undergraduates going on to earn doctorates in science and engineering,[2] and over 80% of all students enrolled in HBCUs attend TMCF member-schools.

While the Princeton Review states that HBCUs have environments that support retention and graduation, college costs still can be too much for individual students and their families.  Overall, 97% of students attending TMCF member-school seeking some type of financial aid to underwrite their college education, and 70% of all students are eligible for Pell Grant for low-income families.  Additionally, over 60% of students attending TMCF member-schools are first-generation.

Strategically targeting the needs of high-achieving, low-resource students, TMCF programs have a transformative impact.  Despite the poor national graduation and persistence levels, TMCF Scholars have a 97% graduation rate.  Moreover, TMCF First-Generation Scholars persist from their first to their second year of college at a rate of 85% - due to TMCF’s unique wrap-around supportive programs.

But, TMCF can only help a limited number of students.

For each TMCF scholarship recipient, there were eight other qualified students who we could not help – solely due to limited financial resources.

For each $1 in support TMCF awards, there is $10 in additional need.

Fortunately, the solution is simple.  Each donation to TMCF, no matter how small, helps expand our ability to keep the doors of a college education open for even more students.

By giving through your company’s Workplace Giving Campaign, you can maximize the impact of your donation.  For example, a $25 donation deducted automatically from each paycheck (26 pay periods) – adds up to $650 over the course of a year.  With a matching gift from your employer, your gift of $25 per week becomes $1,300 to TMCF.

Indeed, each $125 per paycheck donated by employees, with an employer match, translates into one one-year scholarship for a high-achieving, low-resource student.

America’s future is shaped by our actions today.  Each graduate that walks through the college education doors today with a completed degree will have a brighter tomorrow. With your Workplace Giving donation, you can help TMCF keep the doors to a college education open for another student, helping us shape a better future for America – one student at a time.

Our thanks to Thurgood Marshall College Fund for sharing their mission and impact with us.  You can learn more about their work by visiting their website at www.TMCF.org. To support their efforts, please donate to Thurgood Marshall College Fund through your company's workplace giving program (CFC# 11691 if you're a Federal employee participating in the Combined Federal Campaign).