Give Once, Support Many with America's Charities New Cause Funds

Give Once, Support Many with America's Charities New Cause Funds 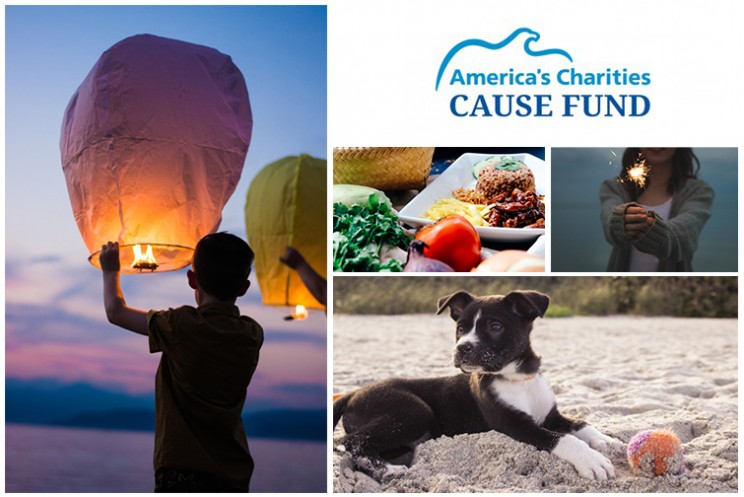 The world of philanthropy is changing – in the workplace and at home.  Donors want more charitable choice.  They want their hard-earned dollars invested in effective, reputable charities that are tackling major issues of critical importance.  They want to amplify the impact of their charitable donations.  And more and more people want to support a cause, not just an institution.  We’ve paid attention and are happy to announce that we just launched new Cause Funds that allow a donor to do all those things and more. Our new Cause Funds are the latest in America’s Charities offerings to donors who want to make a significant difference both inside and outside of the workplace.

The four new Cause Funds are:

Our new Cause Funds were designed for you—the people who want to support effective, reputable charities that are tackling major issues of critical importance, including cancer research and advocacy, hunger relief, children health and advocacy, and animal rights and research.  Each donation to a Cause Fund is divided evenly among the nonprofits that comprise the Fund, so donors can amplify their impact by supporting an entire cause with a single contribution. America’s Charities Cause Funds also provide participating nonprofits with an additional platform to gain visibility and increase their fundraising potential.

And not a moment too soon! Our new Cause Funds are just in time for the charitable giving season. According to Network for Good, in 2014 nearly 30 percent of digital giving occurred during the month of December, with 12 percent in the last three days of the year. America’s Charities new Cause Funds support donors with their impact investments, particularly Millennials, who are more inclined to support a particular cause as opposed to an individual organization, according to the 2014 Millennial Impact Report.

So what are you waiting for? Check out our new Cause Funds, https://www.charities.org/funds, to contribute to real and meaningful work that improves our world. You can give with confidence because you know their hard-earned dollars are supporting America’s Charities members, each high-performing, diverse in its program and service offerings and thoroughly vetted.

Now it’s your turn: What other charitable choice would you like to see from America’s Charities? Leave a comment below!