Changing the Trajectory of Alzheimer’s Disease

Changing the Trajectory of Alzheimer’s Disease 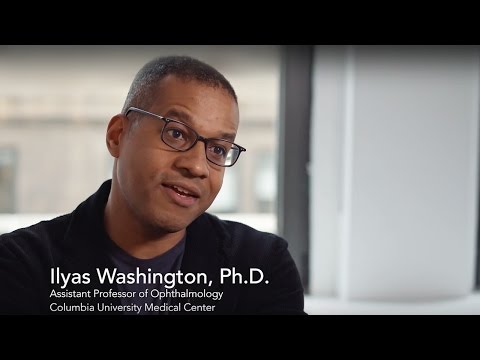 The 6th leading cause of death in the US, and the most common form of dementia, Alzheimer’s is a degenerative disorder that irreversibly destroys brain function over time. To date there is no known cause or cure. Alzheimer’s Disease Research (ADR), a program of BrightFocus Foundation, is working to change that scenario, by funding bold, innovative scientific research around the world.

Citizens are increasingly likely to be directly affected by Alzheimer’s – either as a patient or as a caregiver to a family member with the disease. This is partly due to demographics, as the large Baby Boom generation is now reaching the risk period for this age-related disease: they now turn age 65 at a rate of 10,000 per day. Individuals are also living longer, which can increase the number of Alzheimer’s cases. The current number of people with Alzheimer’s, more than 5 million in the US, is expected to expand to 16 million by 2050.

The disease is hard on families, who provide the majority of caregiving. Most caregivers, about 66 percent, live with the care recipient in the community.  More than 15 million Americans provide unpaid care for people with Alzheimer’s disease and other dementias. This caregiving can be difficult – family and other unpaid caregivers may experience high levels of emotional stress, depression, and financial pressure.

Indirectly, all citizens are impacted by the rising tide of Alzheimer’s cases, which threatens to overwhelm our health care system as our population ages. For the first time in history, the world will soon have more people over the age of 65 than under the age of 5. It is imperative to change the trajectory of this disease that affects us all.

A Growing Toll on Taxpayers and the Economy

Total payments for health care, long-term care, and hospice for people with Alzheimer's disease and other dementias are projected to balloon from $236 billion in 2016 to more than $1 trillion in 2050 (in 2016 dollars). This dramatic rise includes a five-fold increase in government spending under Medicare and Medicaid and a nearly five-fold increase in out-of-pocket spending.

Forbes has described Alzheimer’s disease as “the most expensive condition in the nation” and harder to solve than cancer. Every 66 seconds, someone in the United States develops Alzheimer’s disease. For now, it is the only disease among the top 10 causes of death in America that cannot be prevented, cured, or even slowed.

Scientists estimate that a minimum of $2 billion per year in research funding is needed if the US is to reach the national goal of preventing and effectively treating Alzheimer’s disease by the year 2025. Right now, the US government is spending far less.

In this environment, the work of organizations like Alzheimer’s Disease Research (ADR), a program of BrightFocus Foundation, is more important than ever: convening world-class scientific review committees to identify the most promising science on Alzheimer’s; and allowing researchers to take risks not funded elsewhere.

“Alzheimer’s affects us all, whether we have the disease, care for a loved one with it, or suffer the consequences of an over-burdened health care system. Supporting bold, innovative research is the only key to solving this dreaded disease,” says BrightFocus President and CEO Stacy Pagos Haller.

Cure in Mind. Cure in Sight.

Committed to promoting scientific research and raising public awareness to help end Alzheimer’s disease, ADR currently manages 85 Alzheimer’s projects worldwide, and since inception has invested more than $100 million in Alzheimer’s research, expanding our understanding of the disease and moving us closer to a cure. At the same time, ADR reaches larger audiences to promote awareness of the enormous impact of this disease, reaching out to both the families affected by Alzheimer’s who use their multiple resources, as well as to the policy and thought leaders who must address the massive social and health care costs of this disease.

Thanks to donors, ADR can support promising scientific research into new ways to prevent, detect, treat, and one day cure Alzheimer’s disease.

As a donor, you can support ADR’s work by donating to Alzheimer’s Disease Research through your employer’s workplace giving program (CFC# 30518 if you're a military or federal employee participating in the Combined Federal Campaign). Payroll pledges made through employer-sponsored charitable giving programs represent a cost effective and near effortless way to support the vital work of Alzheimer’s Disease Research.

Here are just a few examples of what individual donors and employers can achieve:

For free, if you want to help Alzheimer’s researchers, play the online Stall Catchers game, http://stallcatchers.com/main, a project of the ADR-funded EyesOnALZ. Anyone can play it and help researchers at the same time, by spotting stalled capillaries in images of the brain. This “crowd-sourcing” project saves researchers an enormous amount of time, speeding up the process of discovery.  In the first 30 days that this project was live, nearly 1,000 citizens did the equivalent of 14 weeks of analysis in the lab.