Bike to Work This Month!

Bike to Work This Month! 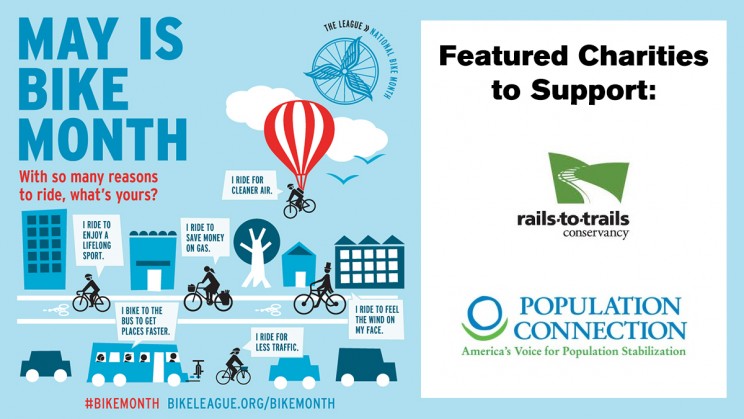 40% of all trips in the U.S. are less than two miles, making bicycling a feasible and fun way to get to work. Established in 1956 by The League of American Bicyclists, Bike-to-Work Day – which is held on the third Friday each May (May 17th in 2019) – was started to promote bicycling as an option for commuting. Since then, the event has expanded to a month-long event with a dedicated celebration week (May 13-19), with communities all across the country celebrating this healthy, sustainable, and economic alternative to other methods of transit.

In addition to celebrating Bike to Work Day (or Bike to Work Week) by doing the obvious – biking to work – here are some ways you can show your support and participate in this event:

Did You Know? One of the most cost-efficient ways you can support these nonprofits is to donate to them through your employer's workplace giving program (Don't have a program? Click here to have your employer contact our team.) Click on each charity's name below to learn more about their work, and for more ways to support them!