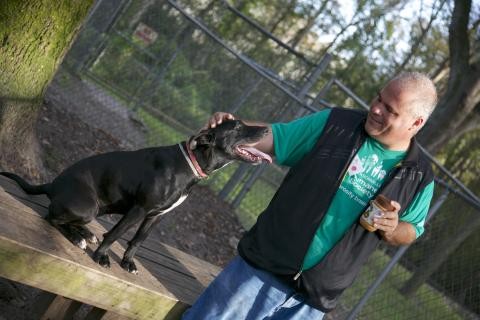 Imagine a place where nearly every healthy pet who enters a shelter is able to find a lifelong, loving home. In today’s world though, only half of the estimated 8 million pets who arrive at shelters every year get adopted. The rest are euthanized, often just to make space for even more pets.

We can reduce those numbers, and it’s a more attainable goal than you may think. Communities nationwide are figuring out what it takes to wipe out unnecessary euthanasia — in some cases, almost entirely.

Such is the case in Jacksonville, Florida, where the city’s animal welfare groups are pulling together to become one of the largest cities in the country to save nearly all its healthy, adoptable pets. So far in 2014, the groups have partnered to save 9 out of every 10 pets in their shelters.

Organizations duplicate each other’s efforts, work too hard to have little impact

In 2002, Jacksonville was an average city with a huge pet overpopulation problem. Several hard-working animal welfare organizations toiled around the clock to save all the pets they could. Despite their efforts, too many pets never found homes. Of the 33,000 cats and dogs who entered Jacksonville shelters that year, about 70% never made it out.