After 20 Years of Experiencing Homelessness, Patricia is Finally Home

After 20 Years of Experiencing Homelessness, Patricia is Finally Home 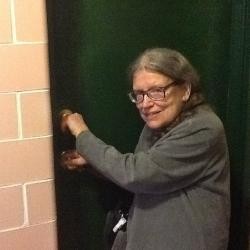 October 31, 2014. Patricia knows that date well. It’s the date she signed the lease on her PSH apartment and moved in. It is the first night in over 20 years that Patricia had a place to call home.

Patricia grew up around Boston, MA. After earning a culinary certificate, she worked for six years in the cafeteria at the Museum of Fine Arts.

She became homeless for the first time in 1991, after her rent was raised beyond what she could pay. Patricia moved to New York City where she lived and worked for six years. But a lack of affordable housing left her homeless once again. In 1997, Patricia moved to Washington, DC where she lived on the streets, often resisting the requirements to stay in shelter programs.

Life on the street was a struggle. Her possessions were stolen many times. Trying to get to the meals programs around the city took all day. And yet, in the midst of this, Patricia was a regular vendor selling Street Sense and an active advocate for people experiencing homelessness.

Finally, in September 2014, Patricia learned she was prioritized for housing. She was referred to her studio apartment and paired with Kierstin Quinsland.

Together, they worked to get Patricia settled into her apartment and acclimated to her new neighborhood. They bought a few household items at Walmart, Kierstin set up her electric and telephone service, and they found the closest bus stop and a CVS.

Patricia is slowly adjusting to this new way of living. Kierstin visits regularly and they have started discussing goals for the next six months. Patricia still expresses concerns about being part of a program but in the end comments, “I am just so glad to have a place of my own.”