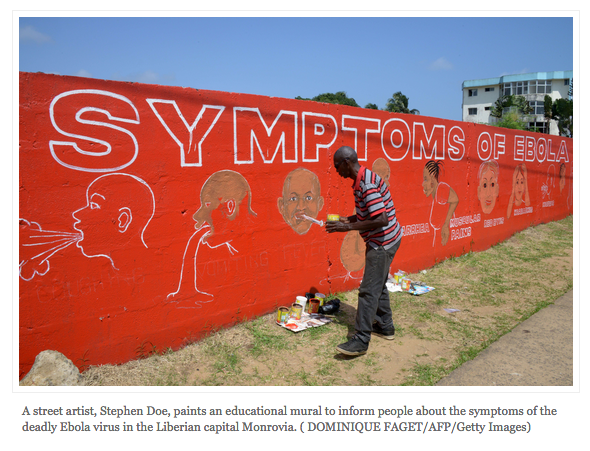 Two years ago, I had the privilege of visiting Freetown and other parts of Sierra Leone where Amnesty International was training maternal health volunteers to monitor antenatal care. It was evident then that Sierra Leone’s health infrastructure was in a very poor state, undermined by years of war and lack of investment. But today, the outbreak of Ebola has meant that its struggling healthcare system, and others in neighboring African countries – particularly Liberia and Guinea – have been completely overwhelmed.

The Ebola outbreak is the first in West Africa since the disease was diagnosed in the 1970s and it is the largest ever in terms of people affected. According to the World Health Organization (WHO), the death toll has already surpassed 2,200 and more than 20,000 could be infected before the outbreak is brought under control. While the absolute priority for African governments must clearly be to protect lives, there are growing concerns that attempts to contain the outbreak are having a negative impact on human rights.

Speaking at a crisis African Union meeting this week, AU Commission chair, Nkosazana Dlamini-Zuma, cautioned against measures that may have more social and economic impact than the disease itself.

“Fighting Ebola must be done in a manner that doesn’t fuel isolation or lead to the stigmatization of victims, communities and countries,” she said. Indeed, it is not just economic and social rights which could potentially be affected by the measures taken to tackle Ebola, but also rights including guarantees against arbitrary detention and freedom of movement.

There have been reported cases of rejection by families and communities of people who have recovered from the disease and been discharged from hospital.