WETA is the flagship public media station in the nation’s capital, creating and presenting content of consequence in service to television, radio and digital audiences.

WETA is the leading public broadcasting station in the nation’s capital, serving Virginia, Maryland and the District of Columbia, as well as parts of Pennsylvania and West Virginia.

Founded in 1961, WETA is dedicated to producing and distributing content of intellectual integrity and cultural merit using a broad range of media to reach audiences throughout Greater Washington and across the country, leveraging its collective resources to extend the organization’s impact. WETA productions and projects have received more than 500 honors, including Primetime Emmys, News & Documentary Emmys, duPont-Columbia journalism awards, Peabody Awards, CINE Golden Eagle Awards and Capital Region Emmy Awards.

WETA is one of the largest producers of new content for PBS, creating series and specials for a national audience. PBS NewsHour, with Judy Woodruff as anchor and managing editor, is highly regarded for its credible news coverage. Washington Week, featuring moderator and Washington Post national political reporter Robert Costa, continues a rich tradition of insightful news analysis. The station’s commitment to quality programming has allowed the organization to produce and co-produce landmark television programs, including projects from America’s premier documentary filmmaker Ken Burns, whose work includes Country Music, The Vietnam War, Baseball and The Civil War. WETA is also proud to collaborate with Harvard scholar Henry Louis Gates, Jr., on projects that include Finding Your Roots with Henry Louis Gates, Jr.; Reconstruction: America After the Civil War; Black America Since MLK: And Still I Rise and Africa's Great Civilizations. In addition, The Kennedy Center Mark Twain Prize and The Library of Congress Gershwin Prize for Popular Song performance series bring the richness of Washington’s arts and culture to the nation.

WETA creates local programs that demonstrate the station’s commitment to the community, spotlighting its people, places and cultural offerings. Highlights include Discovering Washington: The Fourth of July, Washington in the 2000s, Honored to Serve, Bygone DC, Arlington National Cemetery, WETA Arts and WETA Around Town.

Embracing the educational mission of public broadcasting, WETA has created six leading public-service websites: AdLit.org, ColorinColorado.org, LDOnLine.org, ReadingRockets.org, Start with a Book and BrainLine.org. Services to the community include Ready To Learn workshops that train parents and caregivers how to use television as a learning tool and program screenings that promote discussion and awareness of important issues.

One of the best ways to support our work is to take advantage of recurring payroll deduction donations through your employer's workplace giving program (or the Combined Federal Campaign if you're a Federal employee). With recurring payroll deduction, you can have just a little bit of money automatically deducted from your paycheck each pay period over the course of a year, adding up to make a big difference for us - and providing us with a source of funds we can rely on to operate and focus on our mission. And don't forget to check - if your company offers to match donations you can double your impact! If your employer does not have a payroll deduction campaign, does not match gifts, or does not offer the choice of giving to our organization, ask about bringing America's Charities to your workplace. America's Charities works with employers to develop employee-friendly, cost-effective workplace giving campaigns that benefit charities like ours. 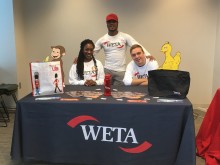