Each contribution - no matter how small - helps TMCF provide critical educational support to low-income and first-generation students, to ensure that they can graduate from college and increase their lifetime earnings by an average of $1 million.

Established in 1987 and named for the U.S. Supreme Court's first African-American Justice, TMCF is the only national organization representing America's 47 publicly-supported HBCUs, law schools and medical schools and the nearly 300,000 students attending them each year.  With TMCF member schools educating approximately 80% of all students attending HBCUs, the organization's work is critical to guaranteeing our country a robust and diverse pipeline of talented workers and future leaders.

TMCF achieves its vision of "Changing the World ... One Leader at a Time" by focusing on four areas: Scholarships; Member-School Capacity Building; Leadership Development & Career Preparation; and Public Policy & Advocacy. To date, TMCF has provided over $250 million in scholarships, programmatic and capacity building support to students and member schools.

TMCF is committed to providing access to higher education, college readiness and career preparation for the students attending its member schools, because TMCF institutions are a critical gateway to economic prosperity for low-income families and first generation college students.  TMCF member institutions continue to produce a significant portion of bachelor's degrees earned by minority students each year and greatly impact the nation's skilled workforce.

TMCF's K-12 initiatives seek to create a college-ready pipeline of students for public HBCUs, ensure that those students get through college and earn a degree, and emerge from college with a career plan - either in graduate school or in a good job.  An investment in TMCF is an investment in America's young talented students. 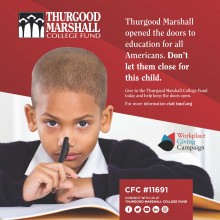 Changing the World One Leader at a Time 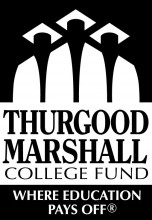