The programmatic pillars of the 100 are Mentoring, Education, Economic Empowerment, Health and Wellness, and Leadership Development.

In 1963, a group of African American leaders in New York began to meet to support and advise their community. The group adopted the name of 100 Black Men as a symbol of solidarity. This idea was soon duplicated in New Jersey and Los Angeles. Additional cities followed and in 1986, a federation of nine chapters came together to form the 100 Black Men of America, Inc. The 100, as it is widely known, is an alliance of men of African descent that are leaders in business, industry, public affairs and government. These men devote their combined skills and resources to confront the challenges facing youth. The 100 has been in existence for over 56 years. The organization has created programs which provide an environment where young people are encouraged and motivated to achieve. Our young people receive information which aids in their maturing into practical, self-sufficient, and responsible shareholders in the Economic and Social dynamics of their communities. The organization has over 100 chapters, which are located in the United States, Africa, England, and the Caribbean. There are over 10,000 members who include educators, corporate executives, physicians, attorneys, entrepreneurs, and men from numerous other professions. 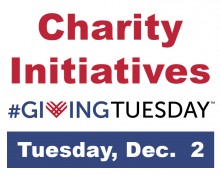