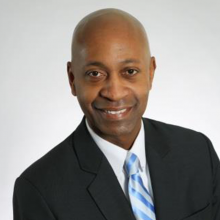 Patrick Gaston is President and CEO of Gaston Consulting, a management consulting company that assists corporations and nonprofits in building Corporate Social Responsibility (CSR), Strategic Planning, Private/Public Partnerships and Philanthropic strategies. Mr. Gaston is also an Adjunct Professor of Business Management at the Community College of Denver. Prior to this, Mr. Gaston was President of the Western Union Foundation, the philanthropic arm of the Western Union Company. In this position, he was responsible for the development of a global Corporate Social Responsibility (CSR) and Philanthropic strategy with impact throughout the globe. Under Mr. Gaston’s leadership, the Foundation committed more than $100 million in grants and other investments to more than 2,627 nongovernmental organizations in more than 130 countries and territories, through a variety of grant making programs and business partnerships focused on creating economic and social impact.

Prior to joining Western Union, Patrick served as a Senior Advisor to the Clinton Bush Haiti Fund where he provided strategic counsel and led broad outreach programs to increase awareness and support from major donors, corporations and foundations throughout the globe to help in the rebuilding effort in Haiti. Before joining the Clinton Bush Haiti Fund, Patrick Gaston was President of the Verizon Foundation, one of the 15 largest corporate foundations in America, overseeing an annual budget of $75 million and a corpus of approximately $600 million. He was responsible for philanthropic strategy, grant making and initiatives in the foundation's areas of education and literacy, family safety and health and employee volunteerism. Under his leadership, the corporation became one of the Fortune 500 companies to pioneer and implement a comprehensive Corporate Responsibility Program. As part of this initiative, the foundation invested more than $500 million in communities in the U.S. and around the globe and instituted impact reporting and accountability measures for all social/economic investments. Patrick also serves on a number of national nonprofit boards including the NAACP Board of Trustees, Intersections International, America's Charities, the Posner Center for International Development and the Mile High United Way.

Patrick is a member of the board of directors of Bed Bath and Beyond, Inc. a publicly traded company that operates a nationwide chain of retail stores. He is a member of the Executive Leadership Council, a network and leadership forum of African-American senior corporate executives. He also served on the Conference Board Contributions Council, and was previously on the National PTA's Leadership Advisory Board and was Vice Chair of the Business Committee for the Metropolitan Museum of Art. In 2009 and 2014, Patrick was named as one of the top 100 most influential African-Americans in corporate America by Savoy Professional magazine. He was also named Corporate Responsibility Magazine Foundation CEO of the year in 2010. He has served as a guest lecturer at several universities, including Notre Dame University, Rutgers University, Lehigh University, Emory University and Dartmouth College, and speaks frequently at national venues on the subjects of corporate responsibility and strategic philanthropy. Patrick was raised in Haiti, Montreal, Canada and Boston, Massachusetts. He holds a B.A. in management from the University of Massachusetts and an M.B.A. from Northeastern University. Additionally, he earned an International Certificate in Business from Ecole Superieure de Commerce in Reims, France. He is fluent in French, Spanish and English.

Patrick is married with two children and lives in the Denver, Colorado area.