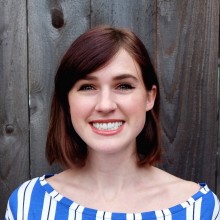 Lindsay Kosa joined America’s Charities as the campaign representative based in Austin, Texas, within the Client Engagement division.

She came from a creative background, having started her career in the field of fashion design. Art and design had been the founding cornerstones in her ambitions, but not the only influences. Being a part of an industry as demanding as the fashion world, it has always been a priority for Lindsay to focus on fashion for a cause. She did so by collaborating with Aveda’s Breast Cancer awareness campaign and supporting fair trade in America’s growing garment factories. She continually pursues creating and maintaining her own design label with high ethics and standards in efforts to make a positive change in the industry.

Lindsay grew up in New Jersey being exposed to seasonal volunteer events with Community Team Works since she was five. With art being a family trait, she followed her talents to NYC’s Fashion Institute of Technology with a degree in Fashion Design.